Turns out I will not be leaving Colorado after all. We moved temporarily to Farmington NM while looking for a new house. Well, we found a house we really liked in Cortez. So, just moving south a little ways. ColoradoTrue is still alive and well.The views from my new place are absolutely fantastic - Mesa Verde to the south, Sleeping Ute to the west, San Juans and Lone Cone to the north, and the La Platas to the east. This is actually the December post, but I'm doing it early to wish everyone a Happy Thanksgiving and a Merry Christmas. I'll be busy moving (again) from Farmington to Cortez. Until the New Year, be happy, stay safe.

You say you missed some of the past Colorado Places? No problem! All of the Colorado Places that I haved presented here are archived at Highways-Byways.com.

"....get out there and hunt and fish and mess around with your friends, ramble out yonder and explore the forests, climb the mountains, bag the peaks, run the rivers, breathe deep of that yet sweet and lucid air, sit quietly for a while and contemplate the precious stillness, the lovely, mysterious, and awesome space..."

This month's photos are all in Montezuma County to celebrate my move to Cortez. 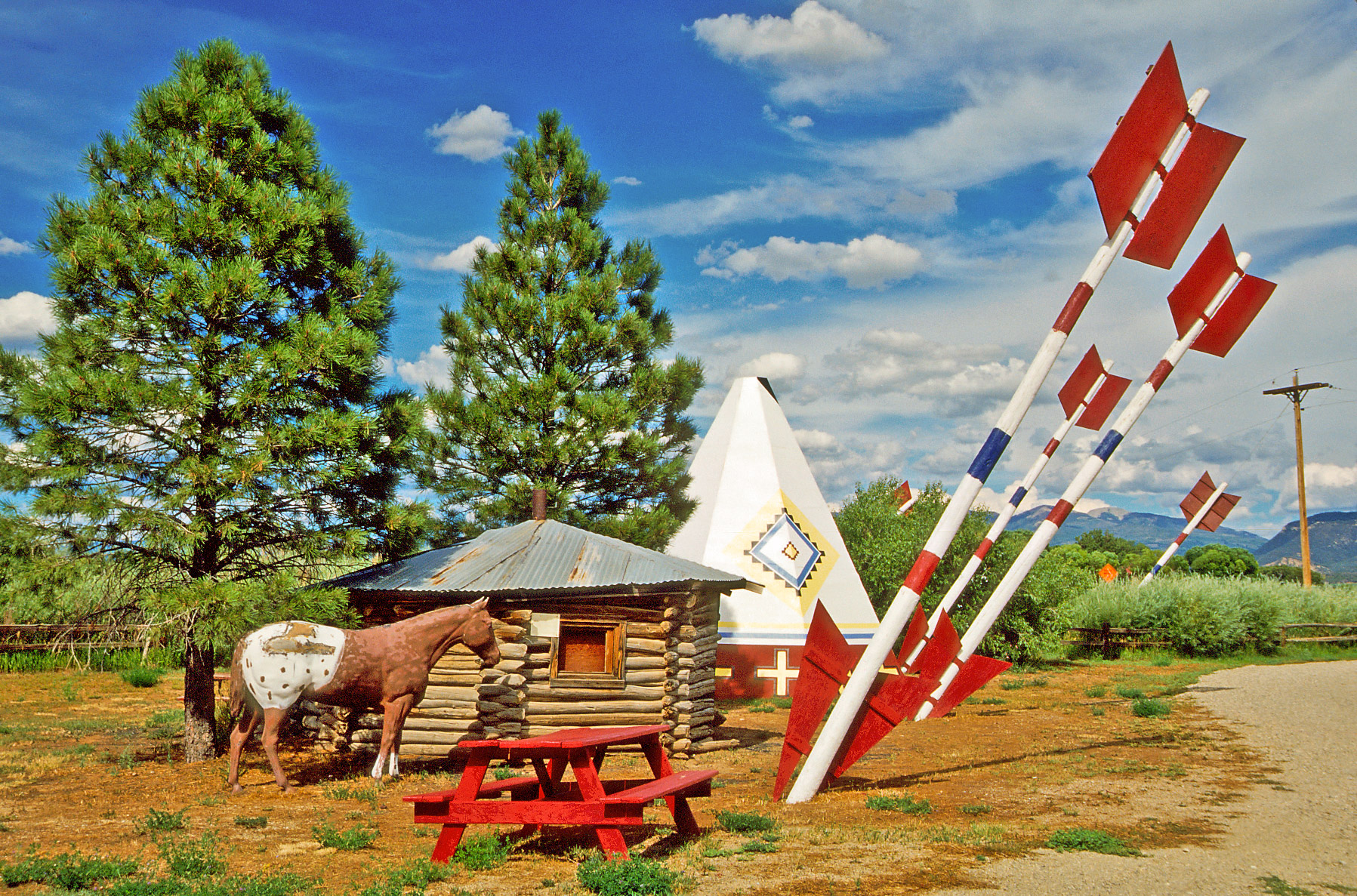 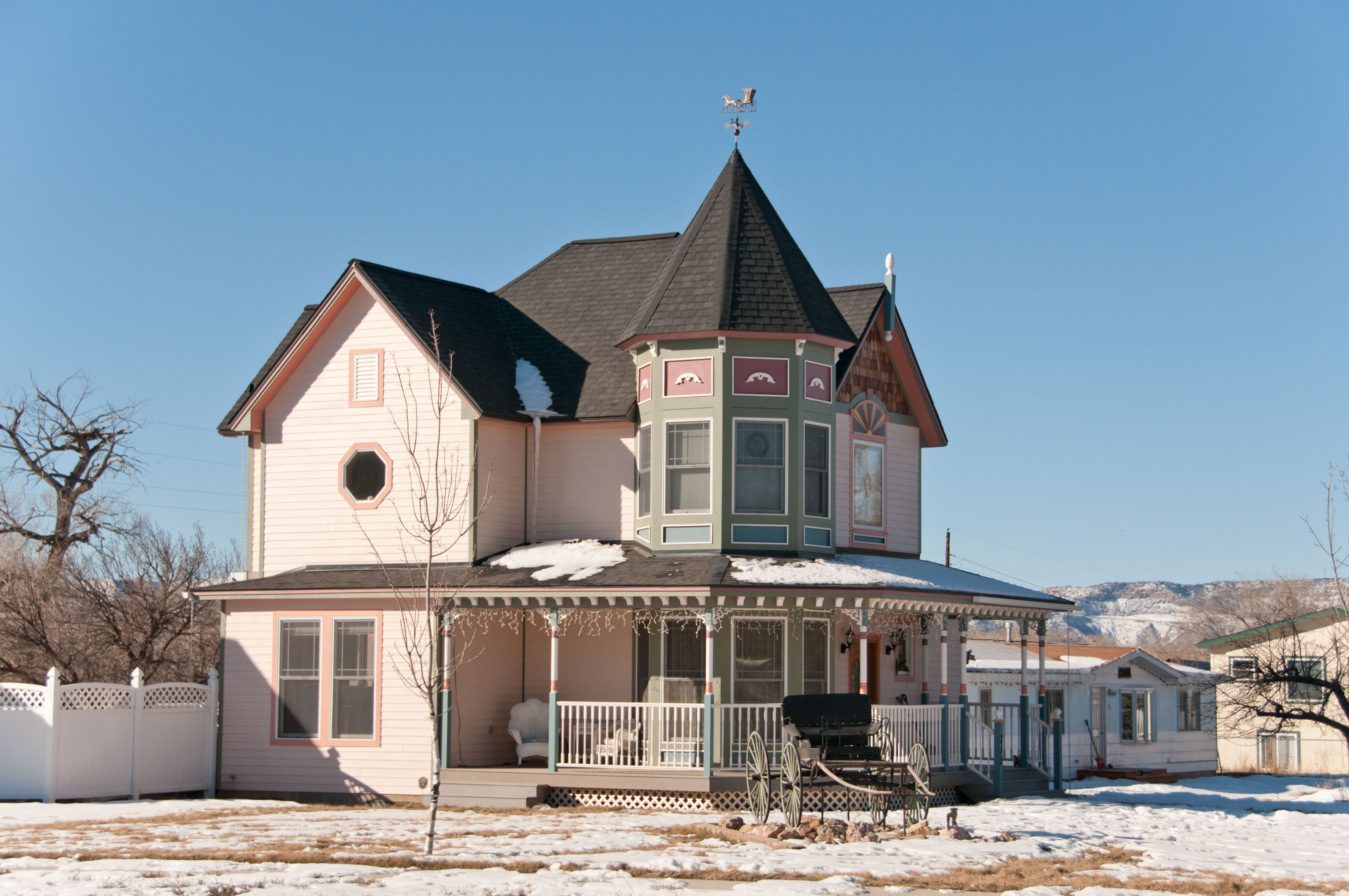 Hikes, camping trips, road trips, off-roading, and other adventures. This month we'll be taking one of my favorite hikes. It's the Sand Canyon trail in Canyons of the Ancients National Monument about 15 miles west of Cortez.

The Sand Canyon trail in Canyons of the Ancients National Monument has trailheads at both ends of Sand Canyon. The upper trailhead is at the canyon head off of N Road near Sand Canyon Pueblo. The lower trailhead is off of County Road G about 15 miles west of Cortez. Sand Canyon Trail is a 12 mile out and back trail that's rated as moderate. The hike presented here starts at the lower trailhead and proceeds for about 4 miles up the trail, then returns. Eight or so cliff dwellings and pueblos are located along the first 4 miles. 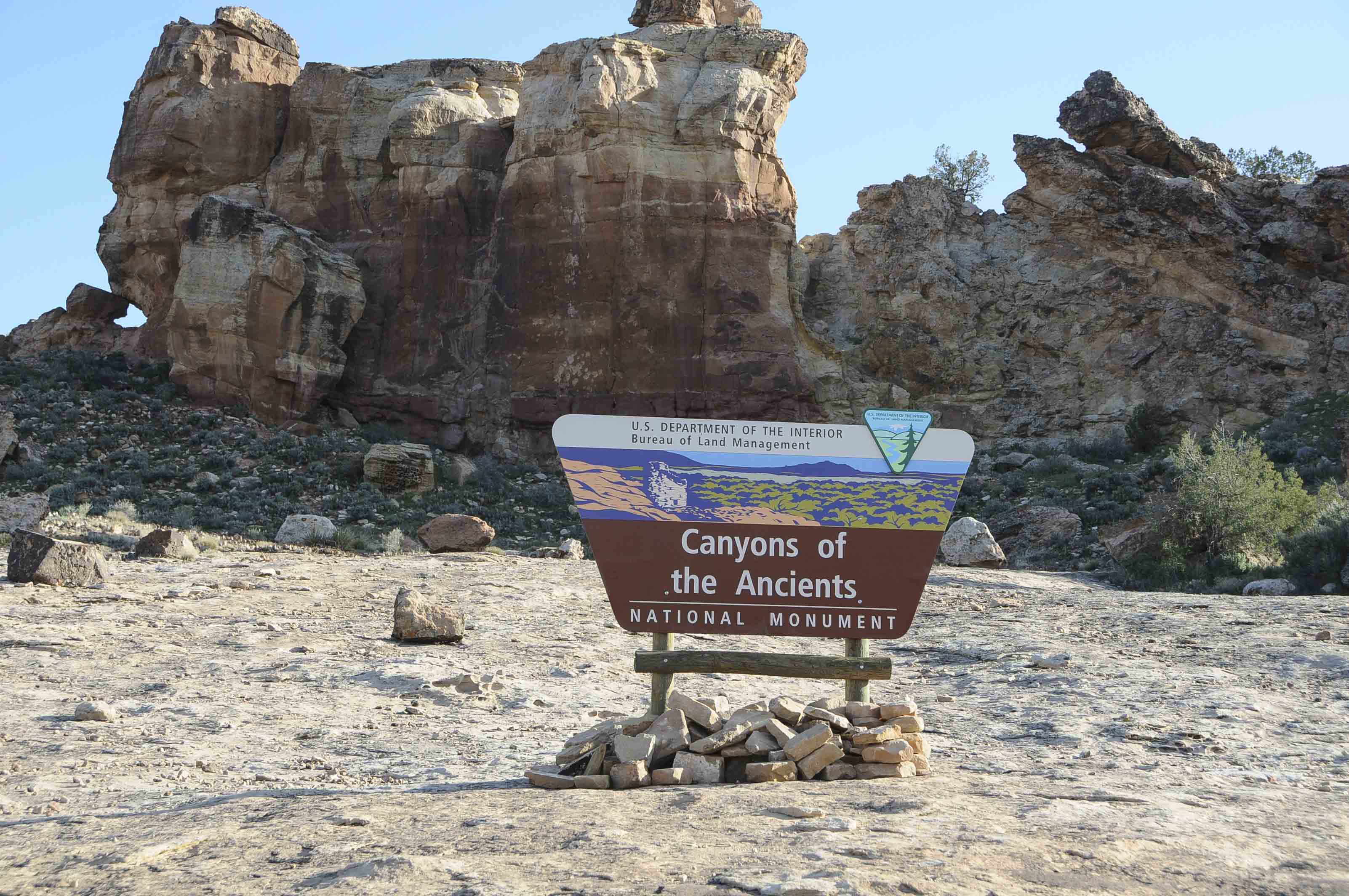 The trailhead parking area is basically a large area of slickrock. A large sandstone butte known as Castle Rock greets the hiker at the beginning of the trail. Ancestral puebloans built a pueblo around Castle Rock Butte sometime during A.D. 1200. The pueblo contained 40 to 60 rooms, kivas, and towers. Ruins of Castle Rock Pueblo are visible along the beginning of the hike. The ruin of an isolated tower is located on a spur a little further up the trail from Castle Rock. 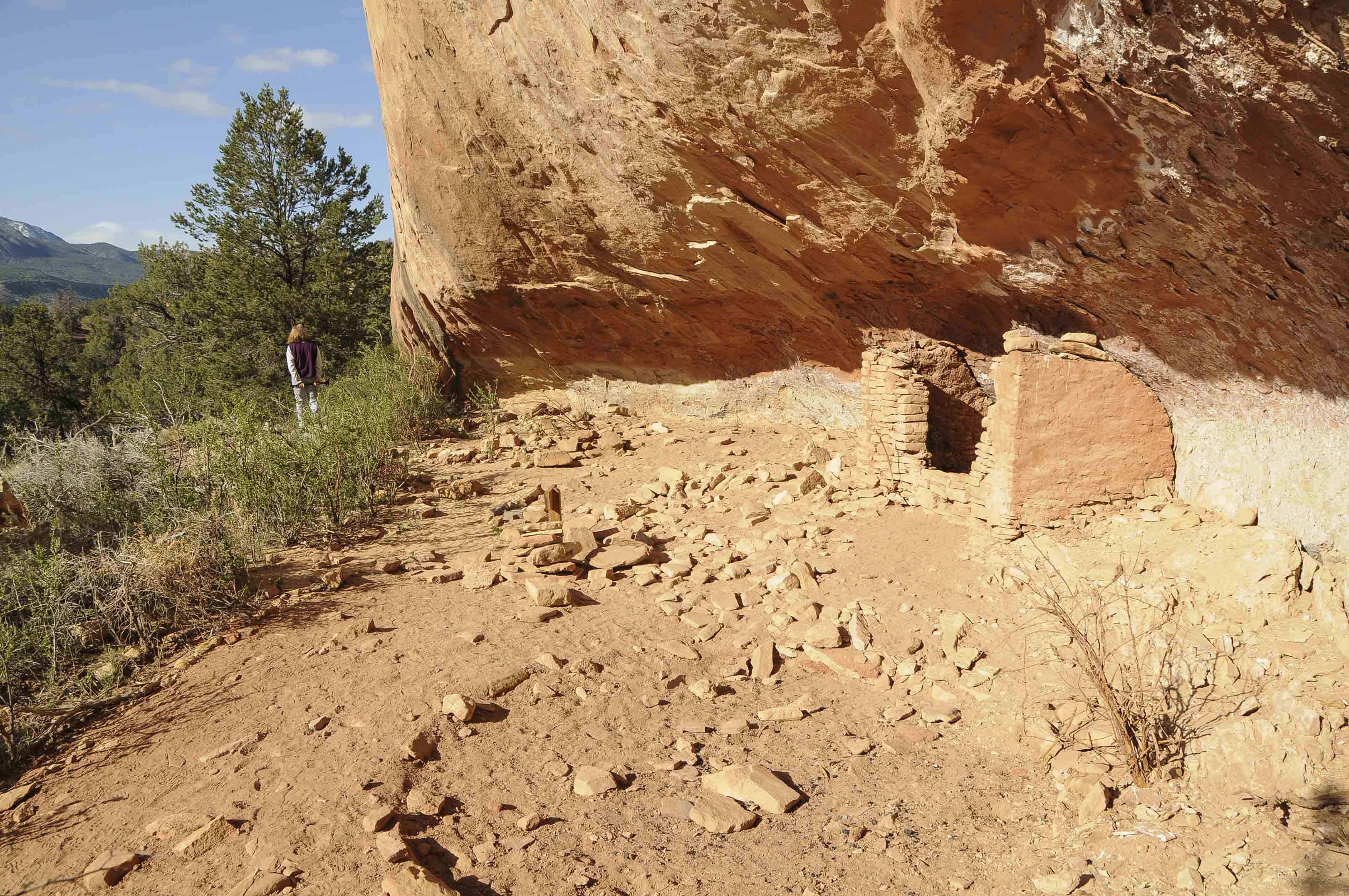 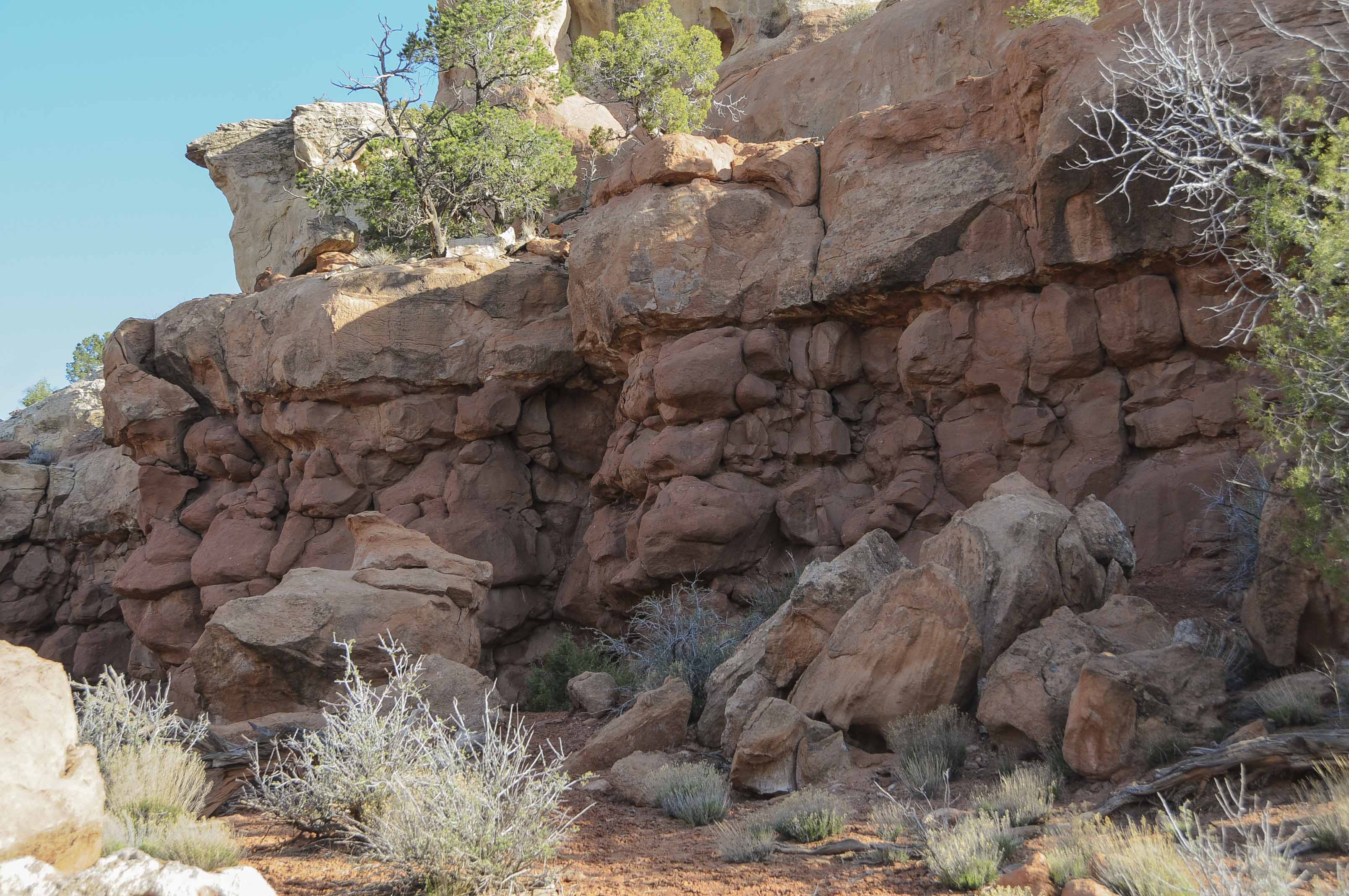 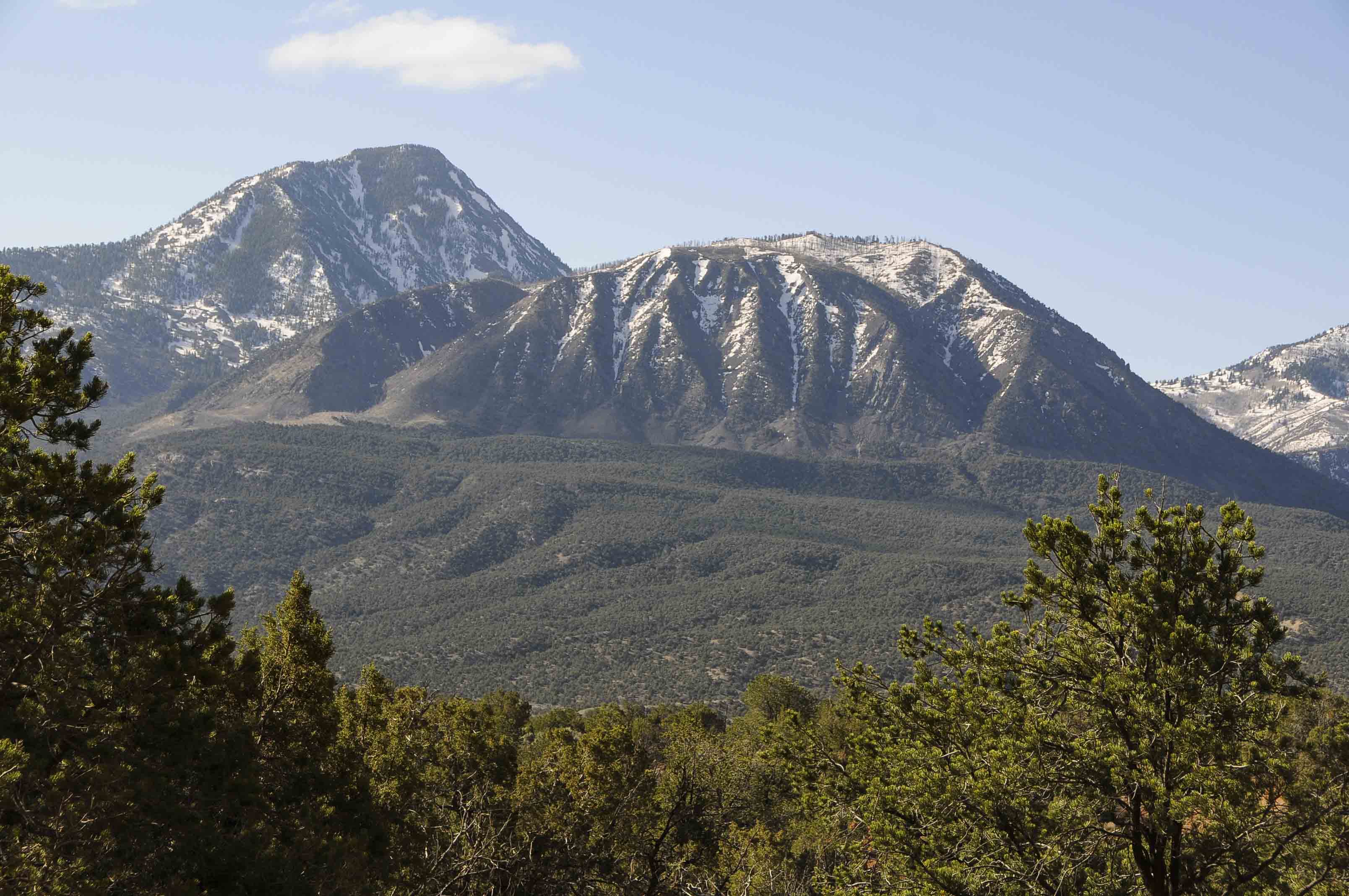 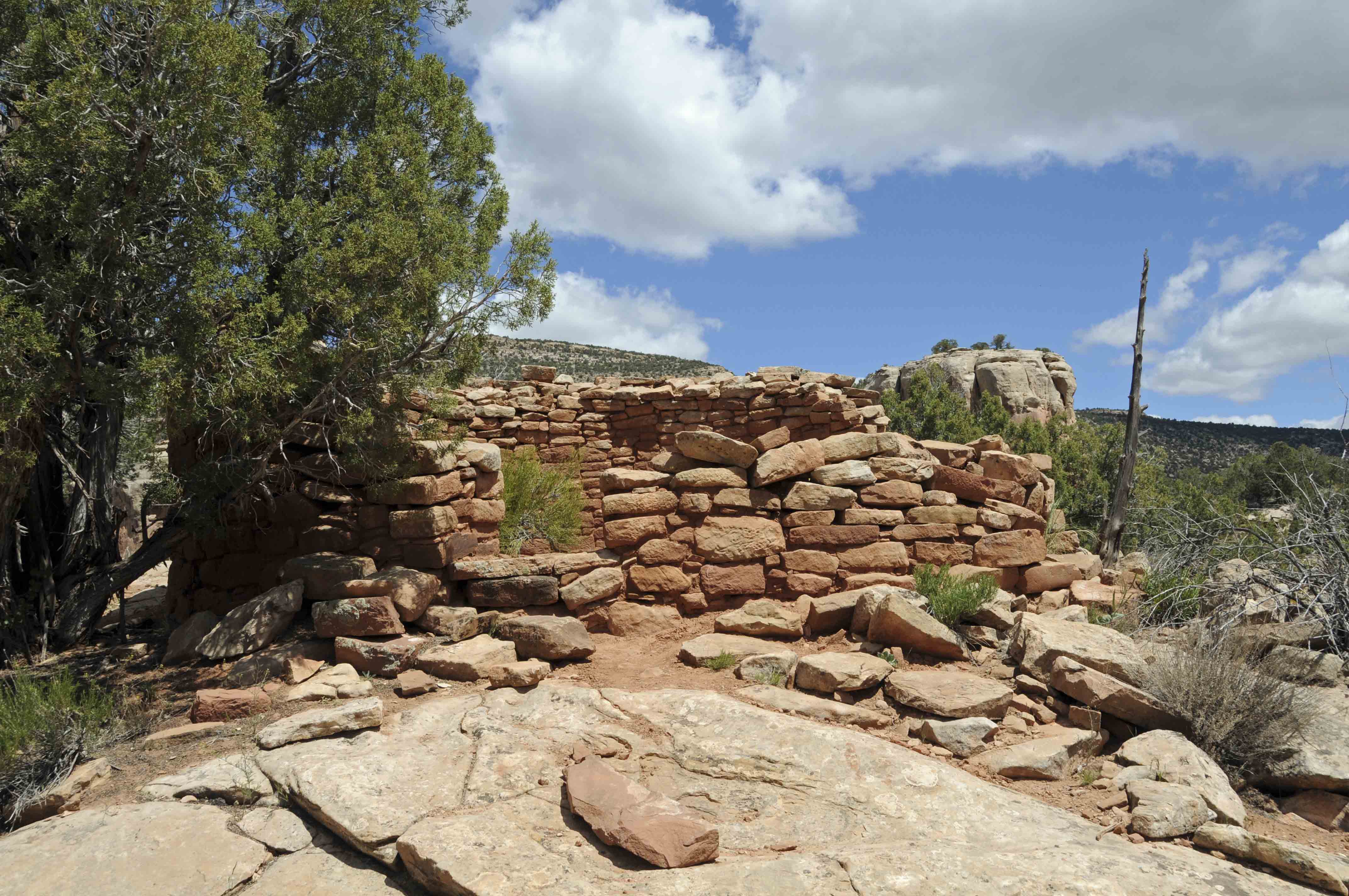 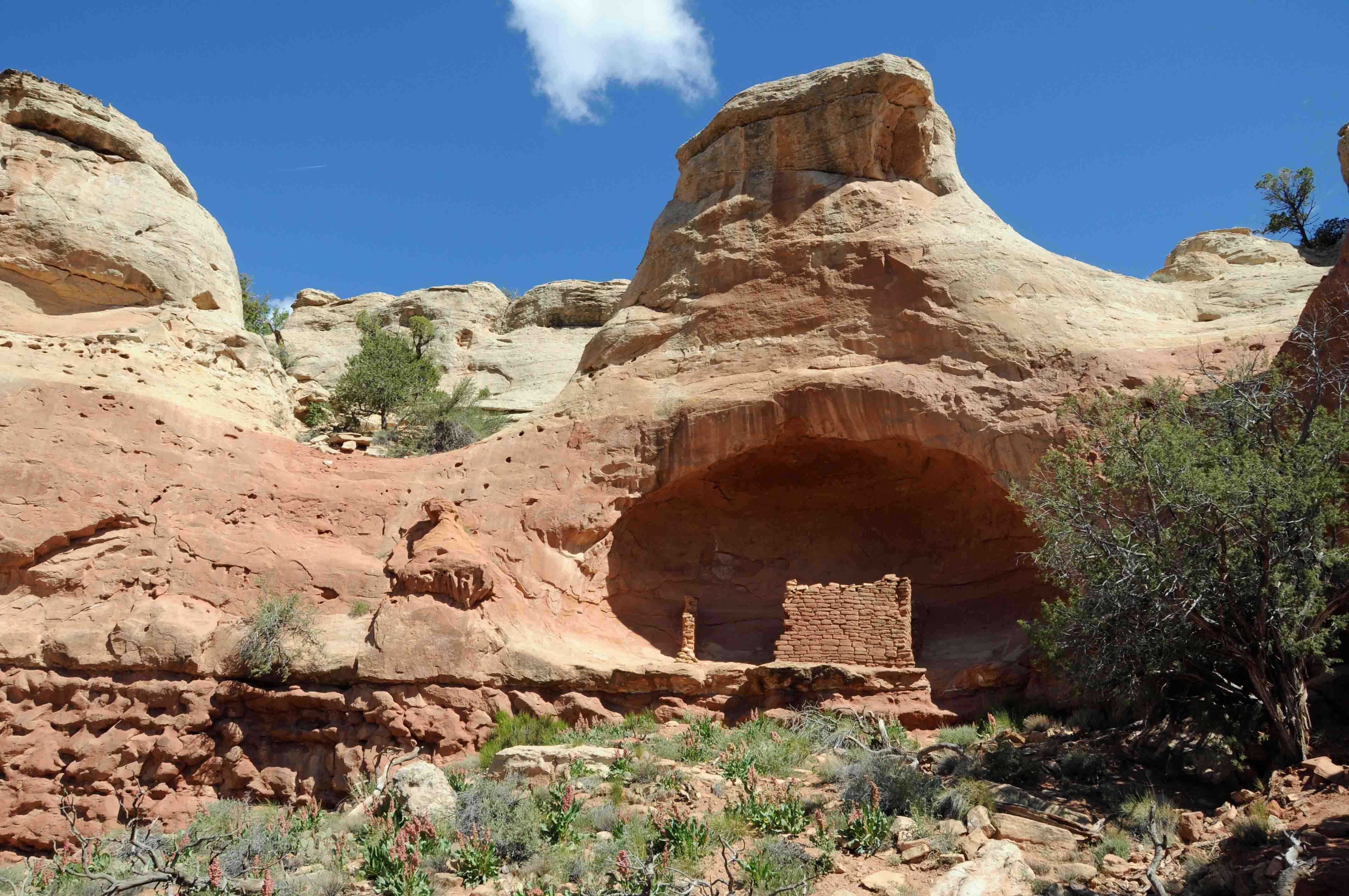 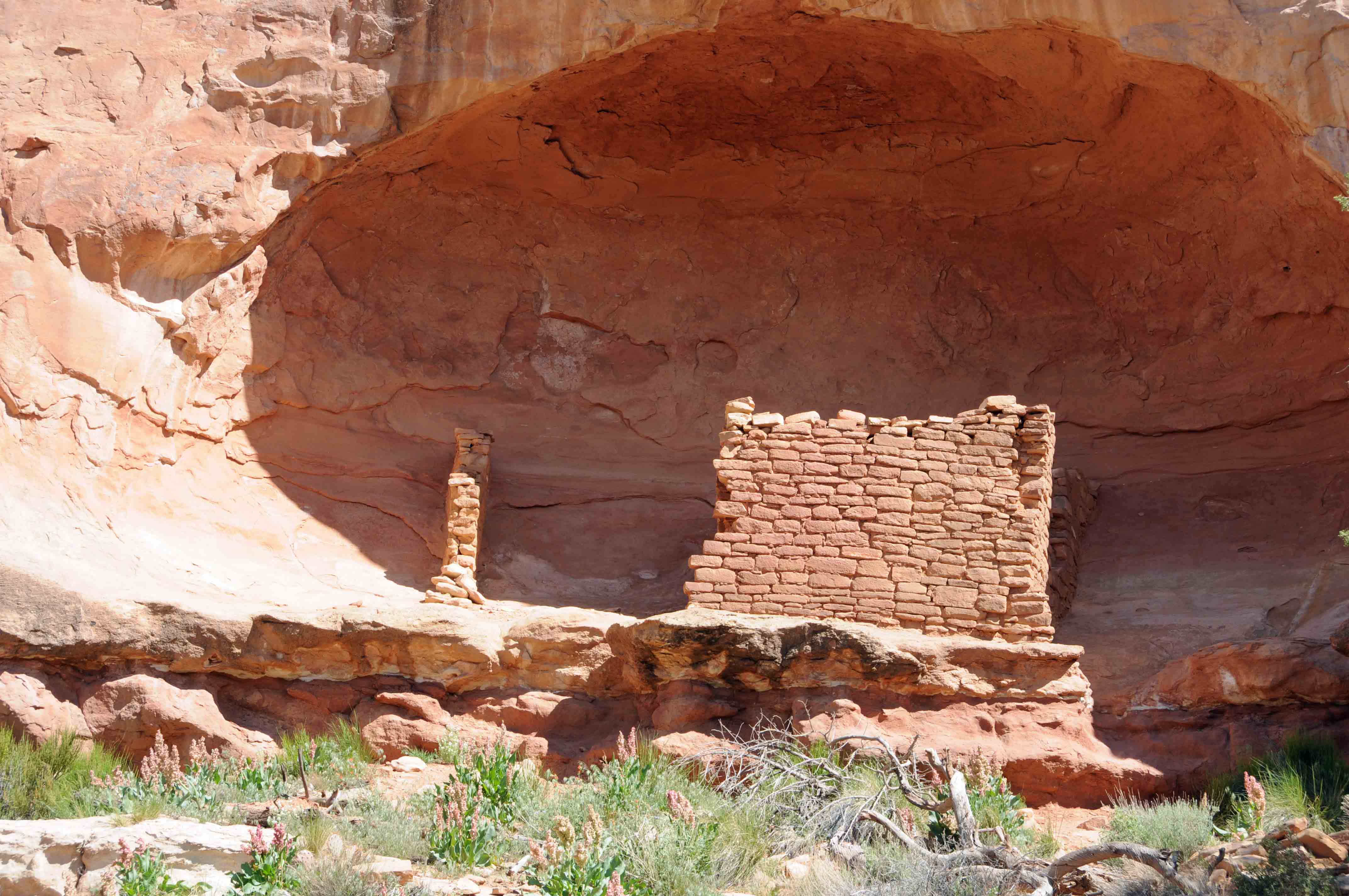 If Sand Canyon is hiked in the late spring or early summer there are bunches of wildflowers to admire in addition to the cliff dwellings and terrific scenery. 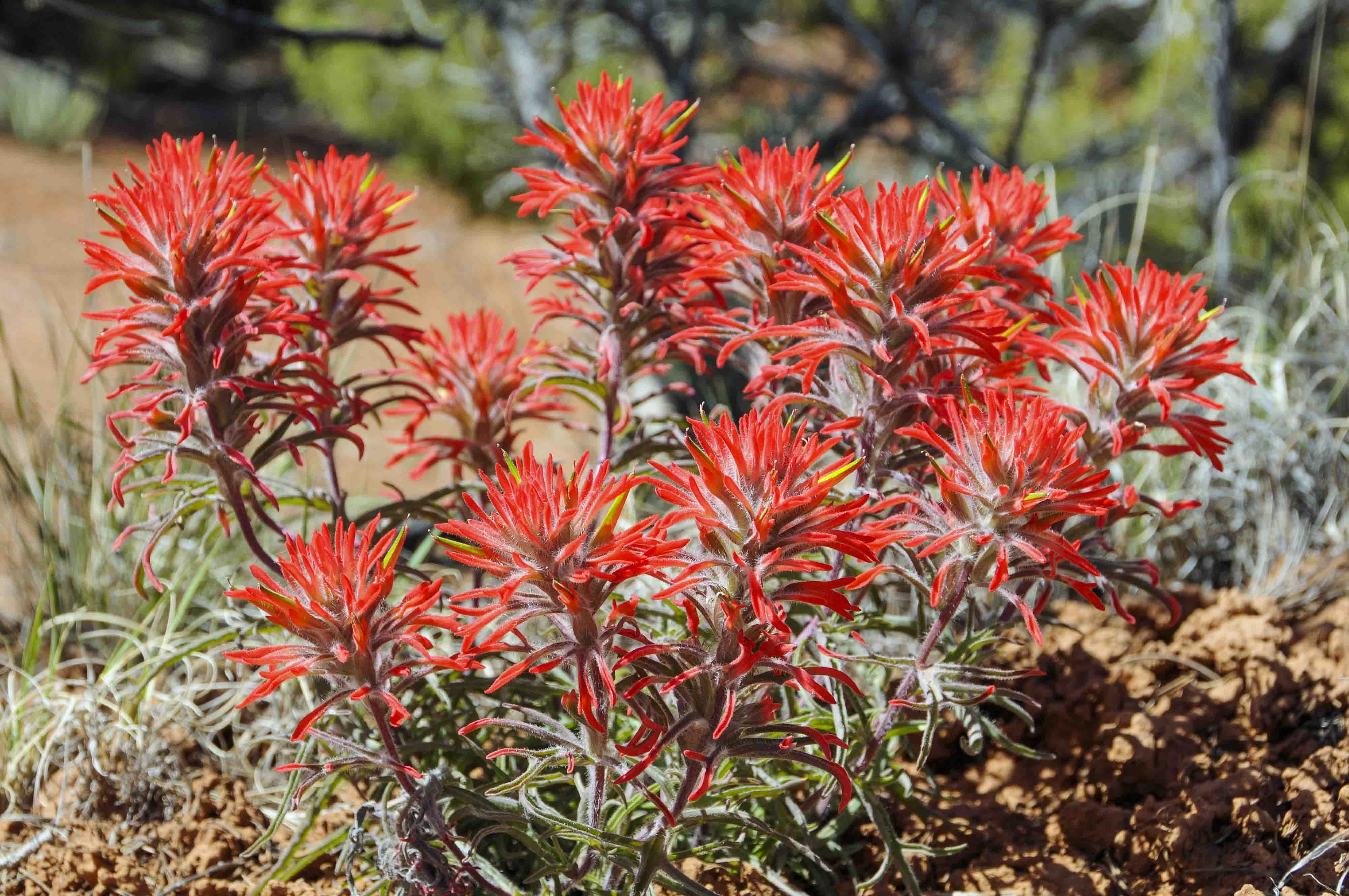 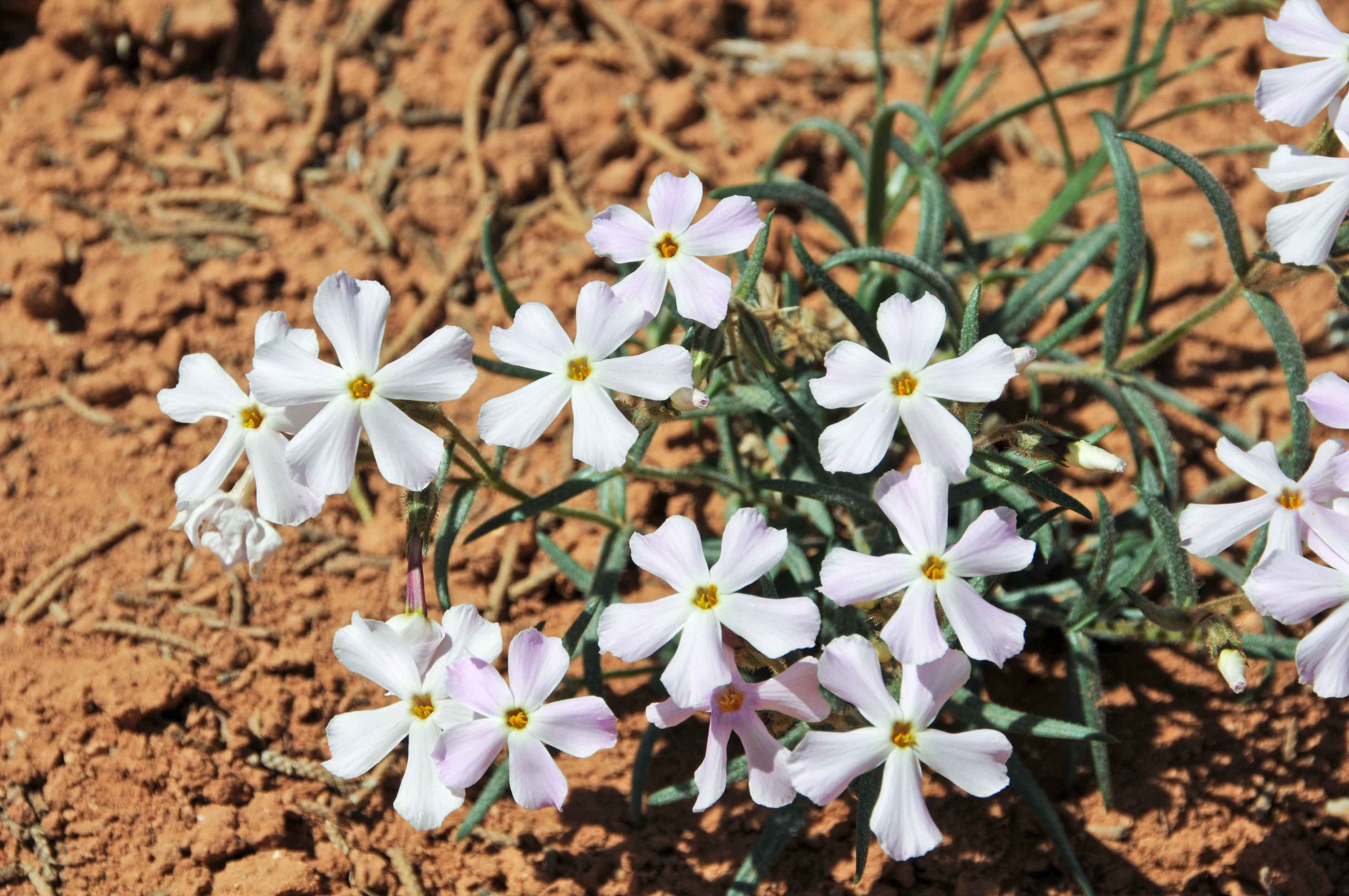 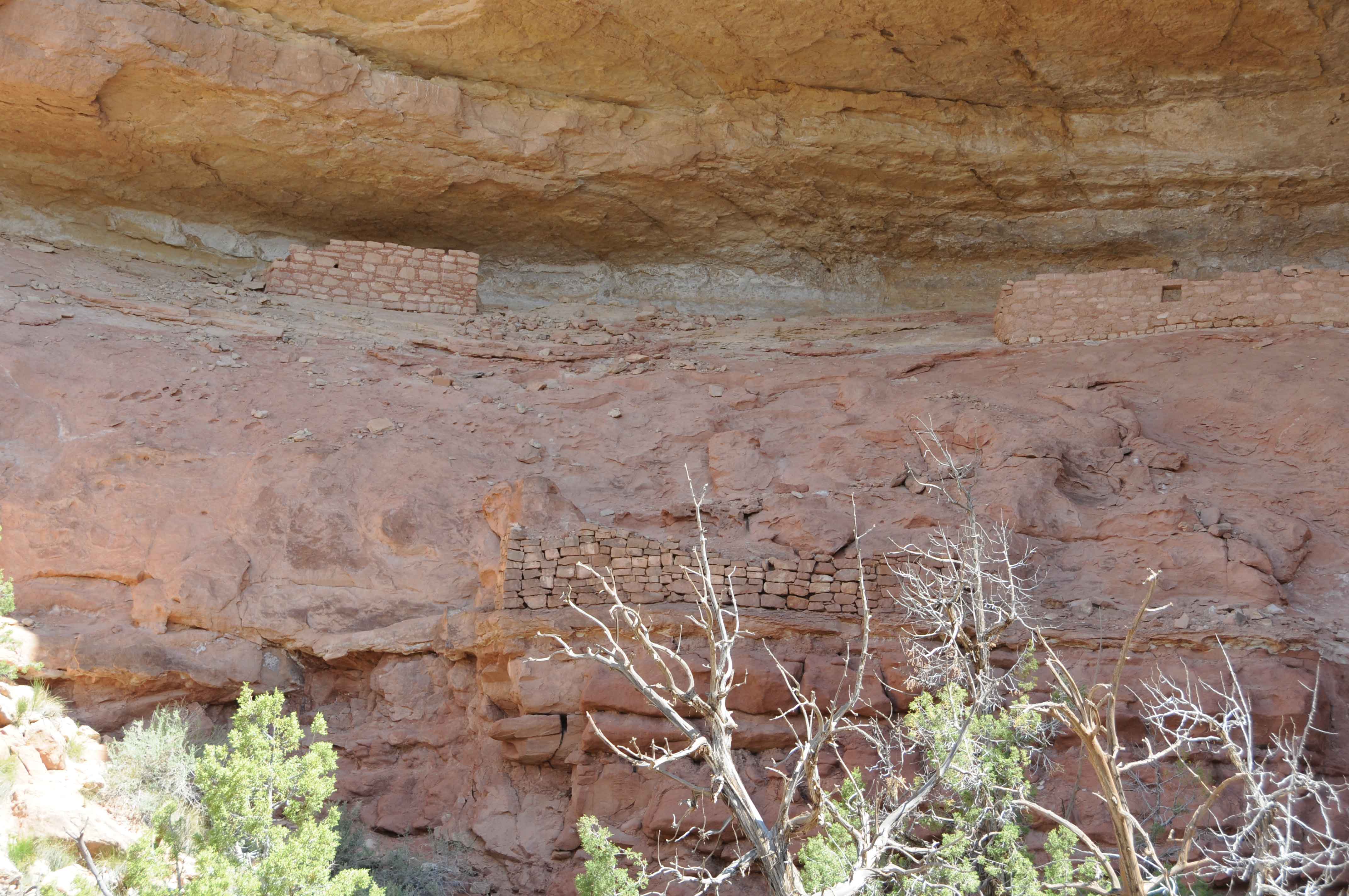 There are 8 or 10 very nice cliff dwellings and pueblos along just the first 4 miles of the Sand Canyon trail, which is as far as this hike takes us. Corn Cobb House is located at about the 3 mile mark, and Double Cliff House toward the end of the hike. Corn Cobb House is so named because of the kitchen litter found at the site, I think. It has a few main rooms located on a ledge with what appear to me to be storage rooms located in a narrow alcove above the main rooms. Double Cliff House is built on two levels as the name implies. The first level is on a short cliff and the second on a ledge inside the alcove. 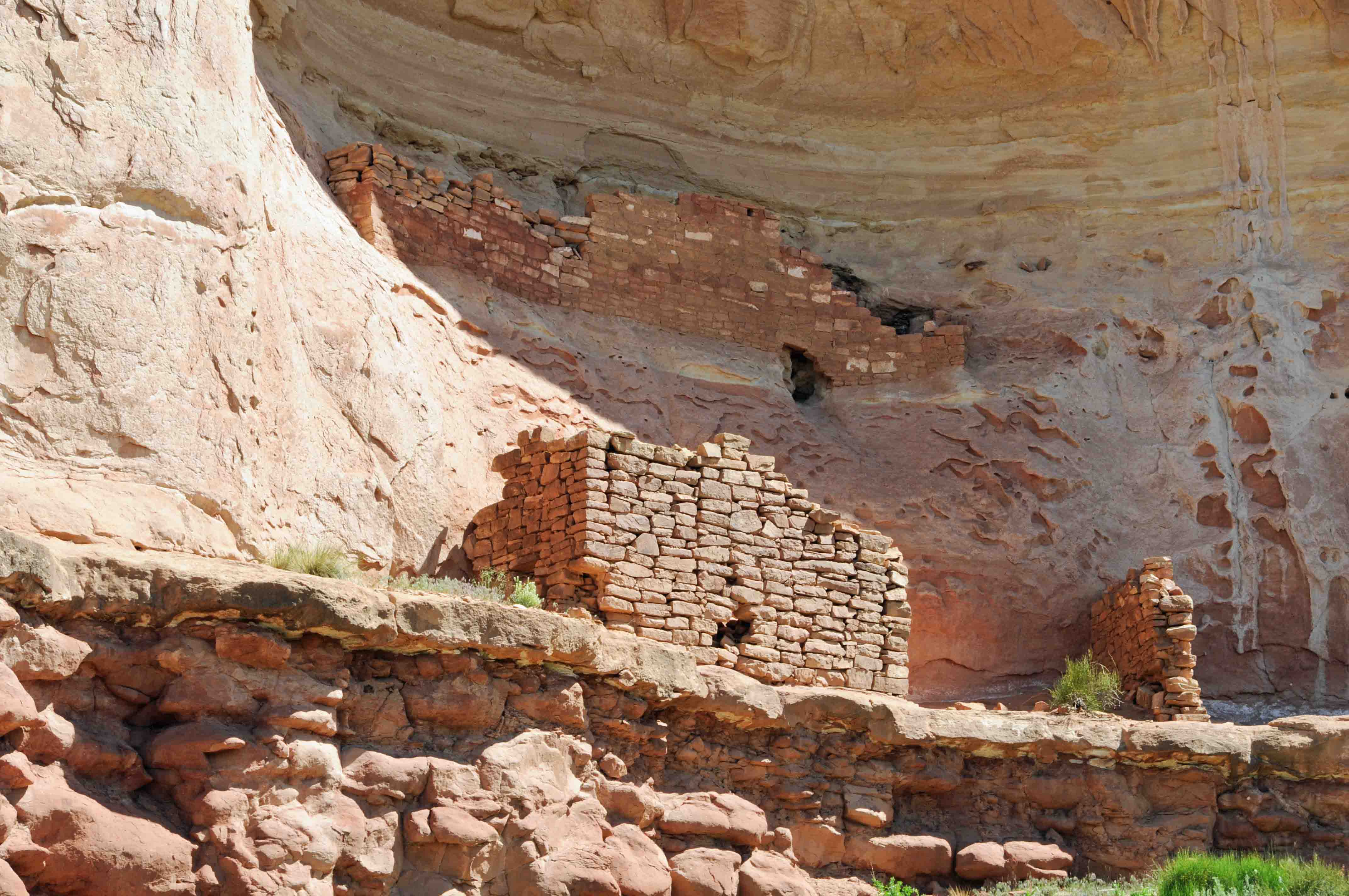 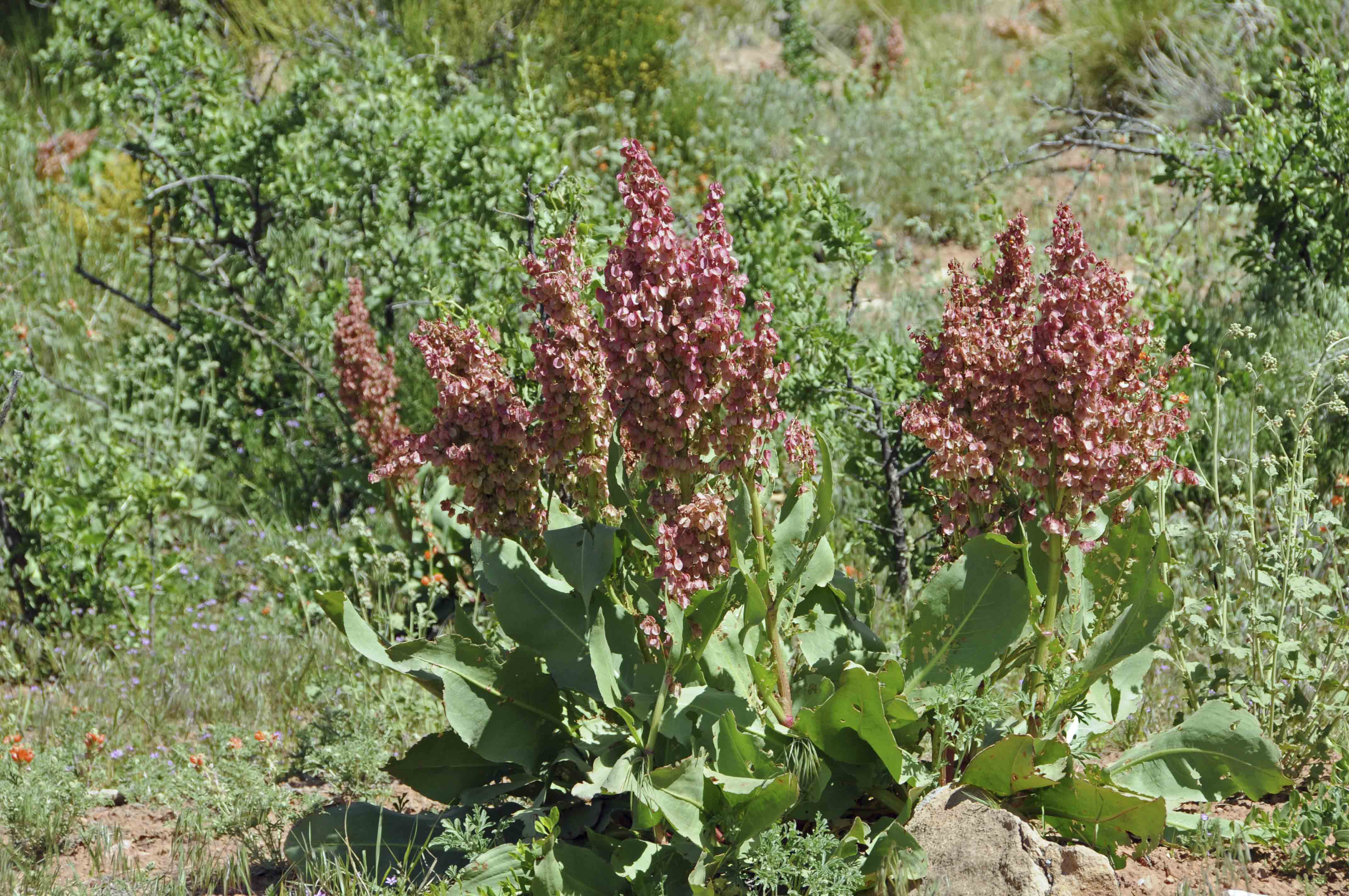 This is a really fun hike, and even though I've done it twice I plan on doing it again.

Colorado comments, questions, or suggestions? Use the form below.  TD Productions Copyright © 2019-2022

Links to my other sites