Great Sand Dunes National Park and Preserve is located in south central Colorado at the northern end of CO State Highway 150. The park was first designated a National Monument by President Herbert Hoover on March 17, 1932, then redesignated a National Park by an act of Congress on Sept 24, 2004. The Great Sand Dunes comprise about 11% of a 330 square mile dune field. Most of the sand has blown in from the San Juan Mountains to the west. Northeasterly storm winds pile the dunes up creating North America's tallest dunes. Intermittent seasonal Medano Creek adds additional sand carried down from the Sangre de Christos. High Dune, one of the highest dunes in the park, is a favorite destination for dune hikers.

In addition to the dunes, the park also includes grasslands and portions of the Sangre de Christo Mountains. There are a few trails into the mountains, most of which require 4WD vehicles to reach. One short, popular trail is Montville Nature Trail, with the trailhead located about 1/8 mile north of the visitor center. There are also a couple of primitive roads designated for high-clearance 4WD vehicles. Facilities in the park include the visitor center, restrooms, and Piñon Flats Campground. Camp stores are located in the visitor center and the campground. The campground has both tent and RV sites. Reservations are recommended. 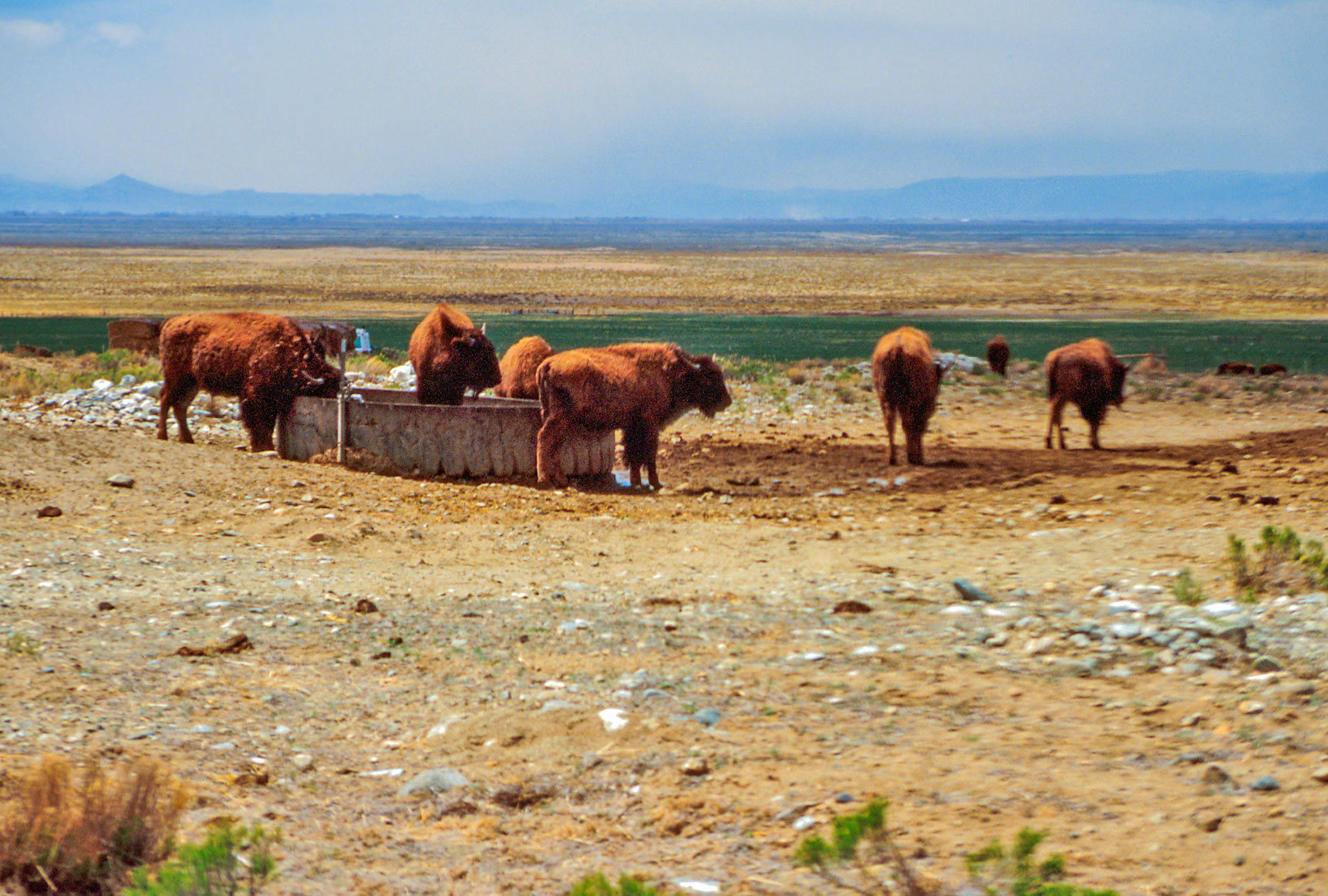 Bison on the Zapata Ranch and Preserve 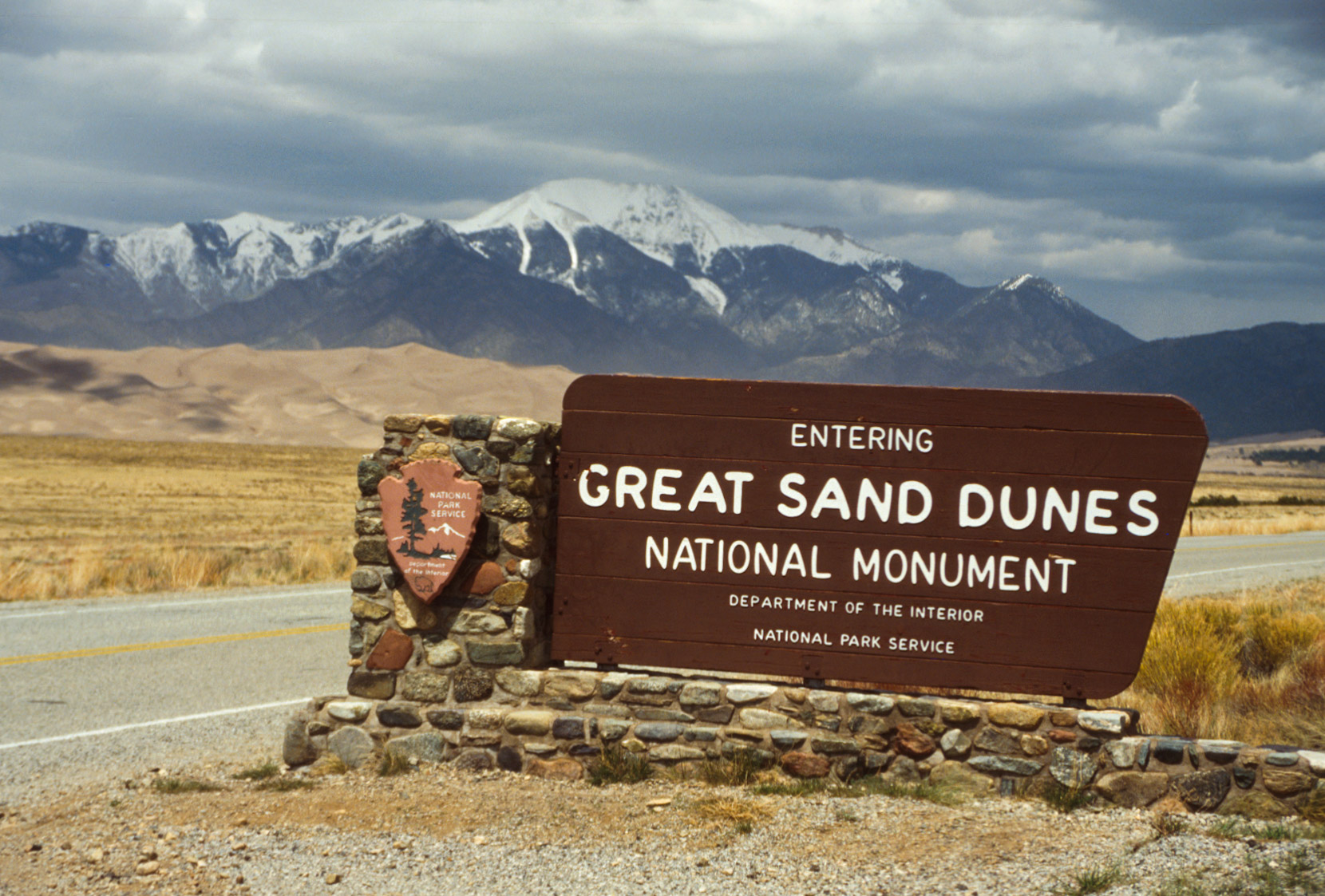 A National Monument
May 1995 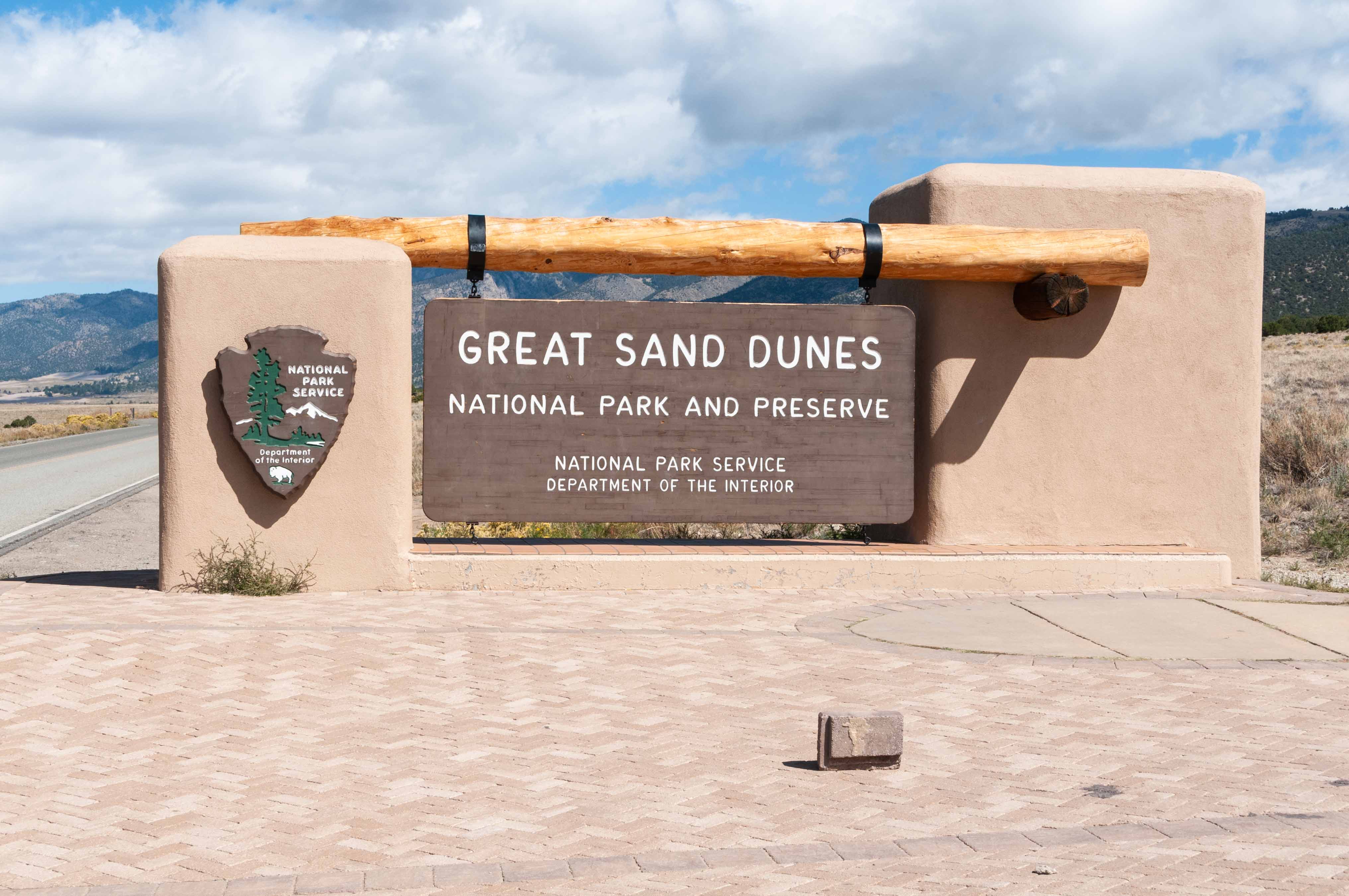 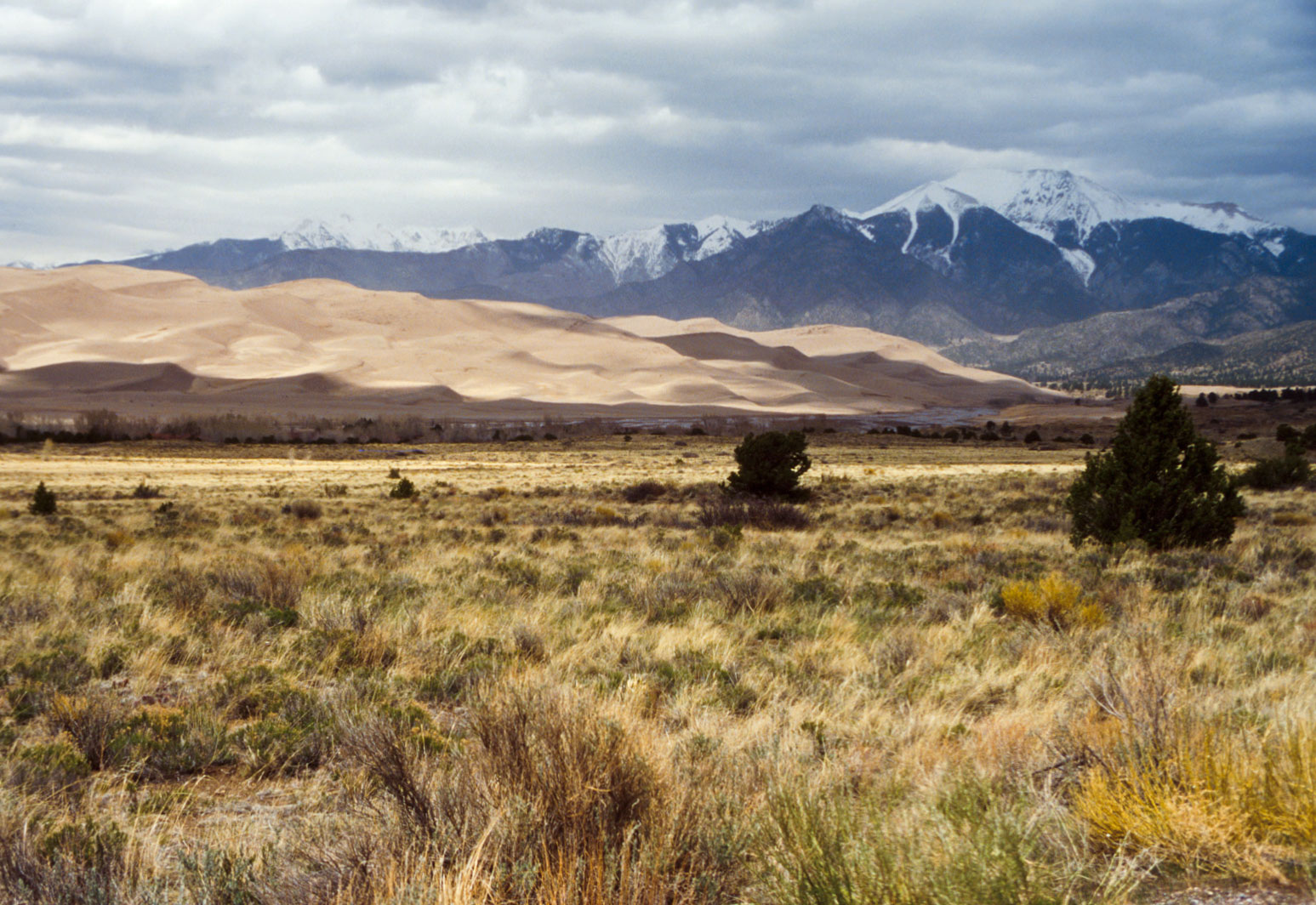 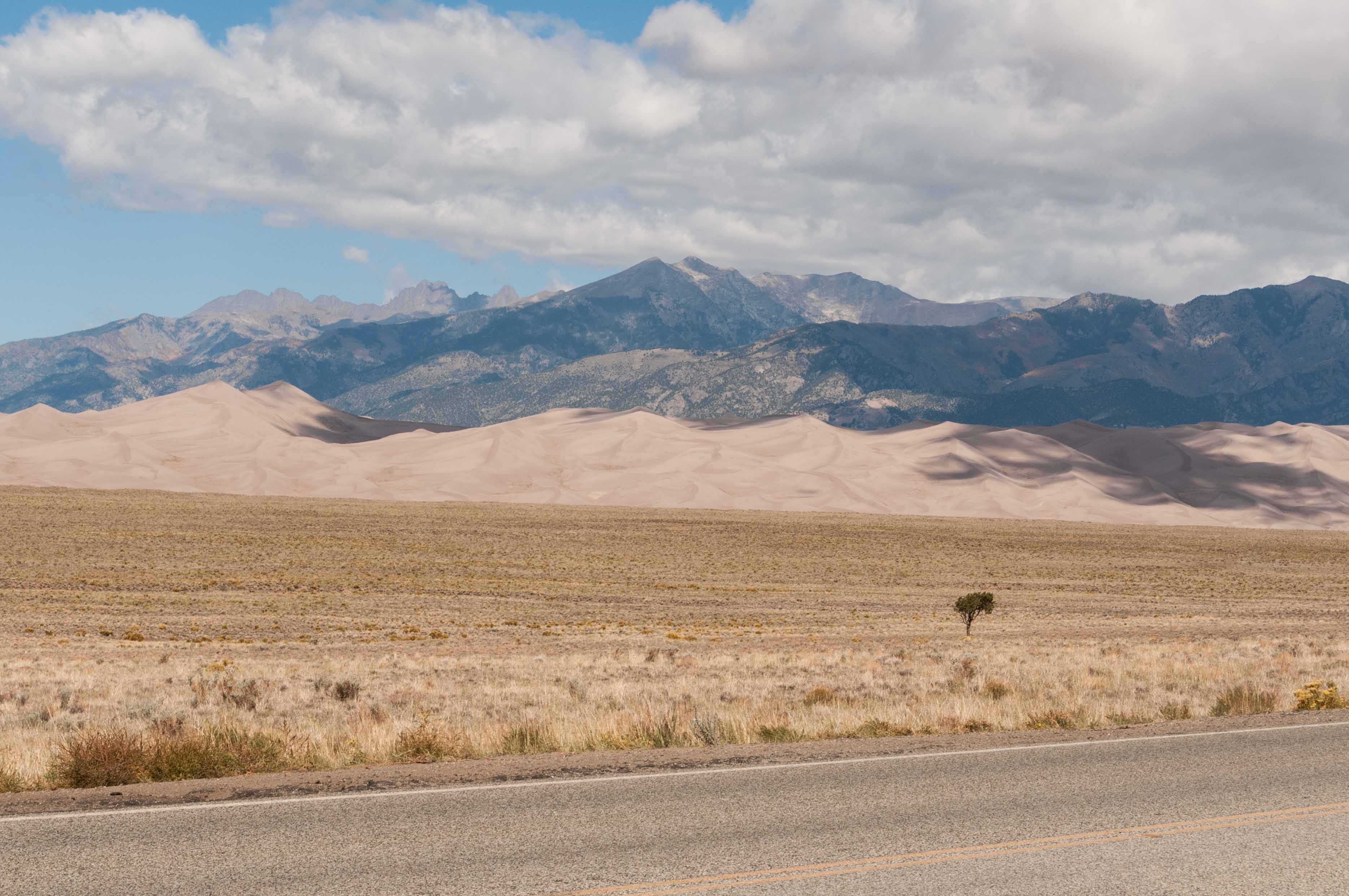 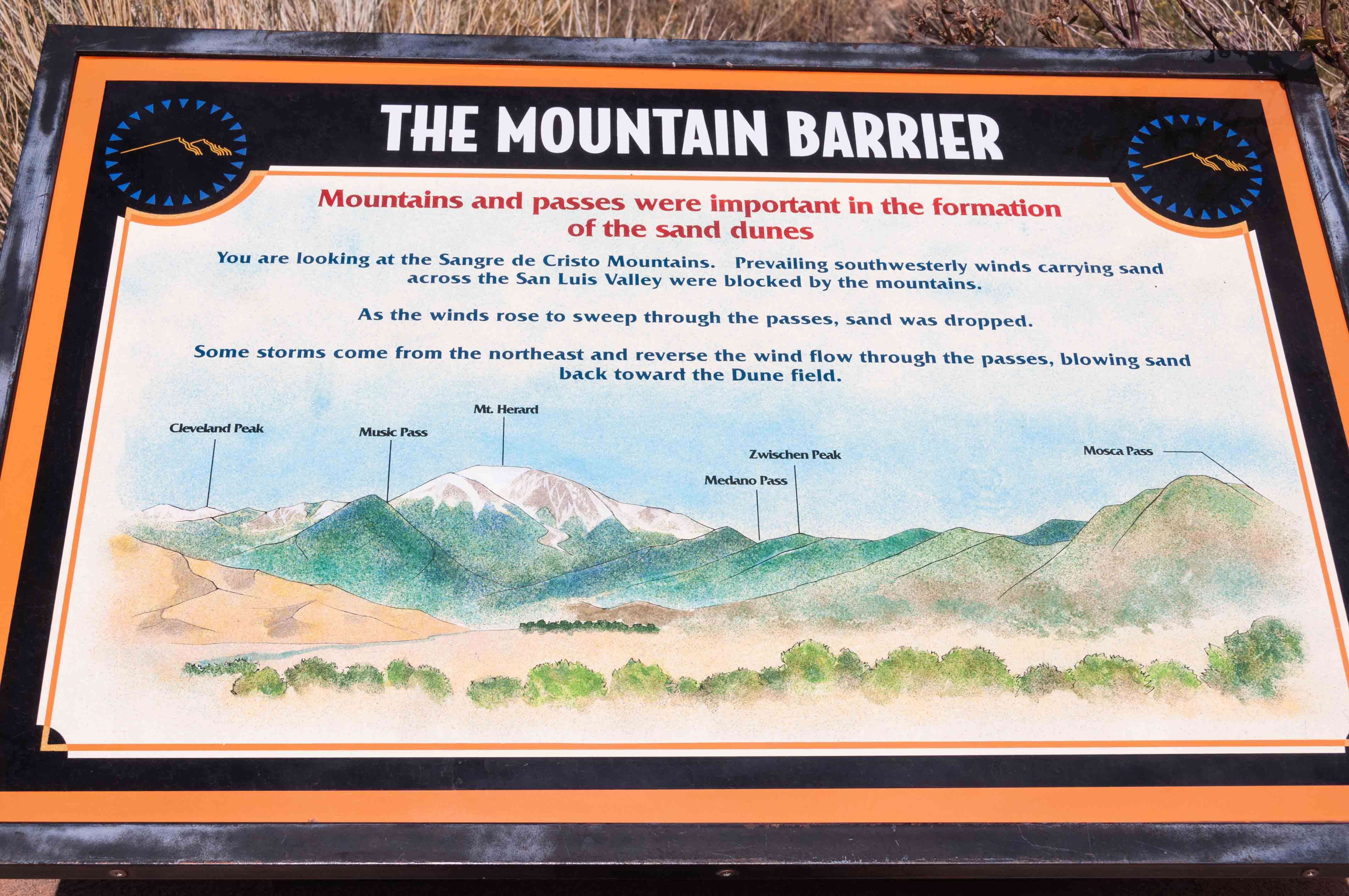 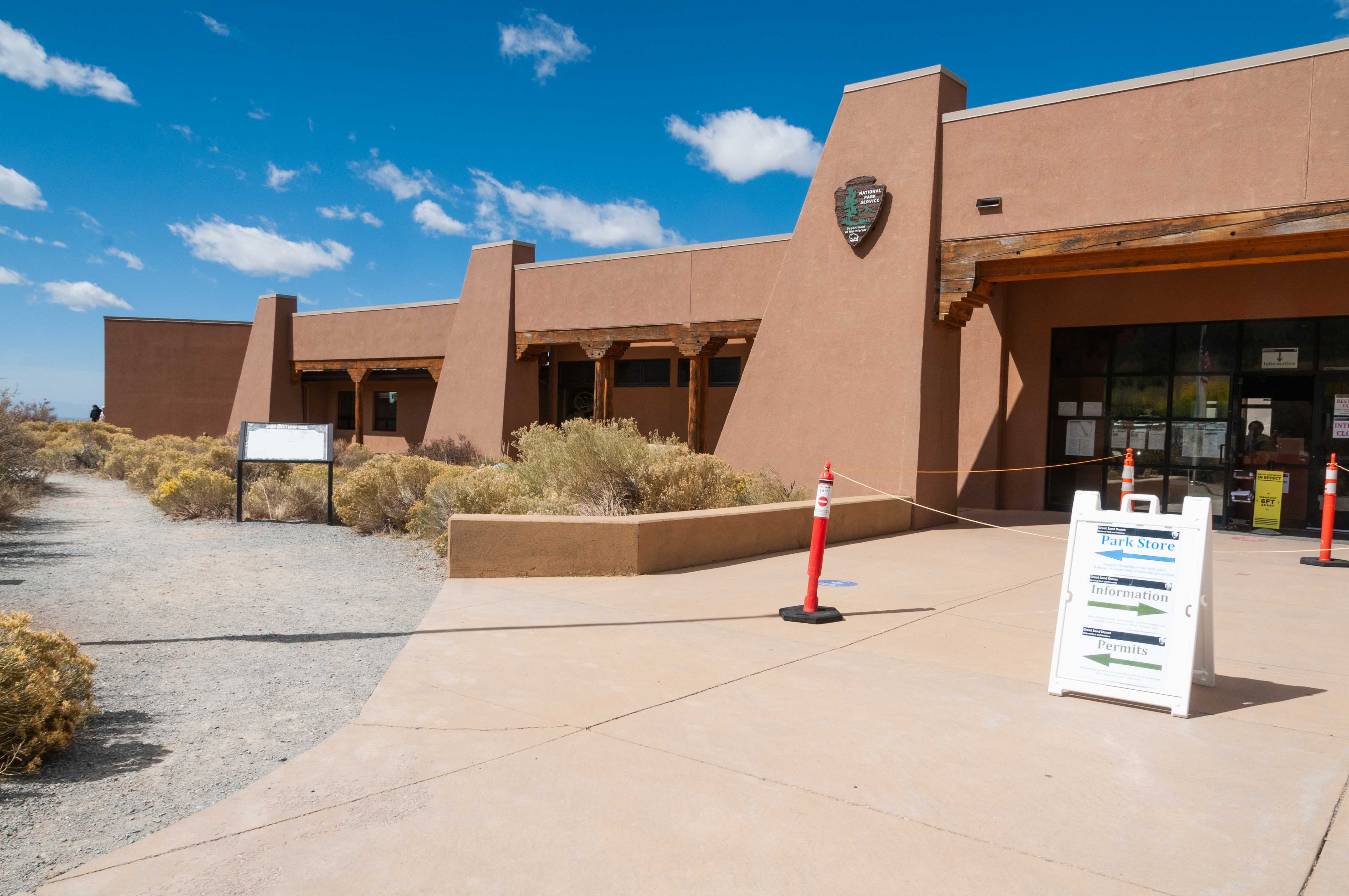 The dunes are the major attraction at the park, so naturally I had to include several photos. 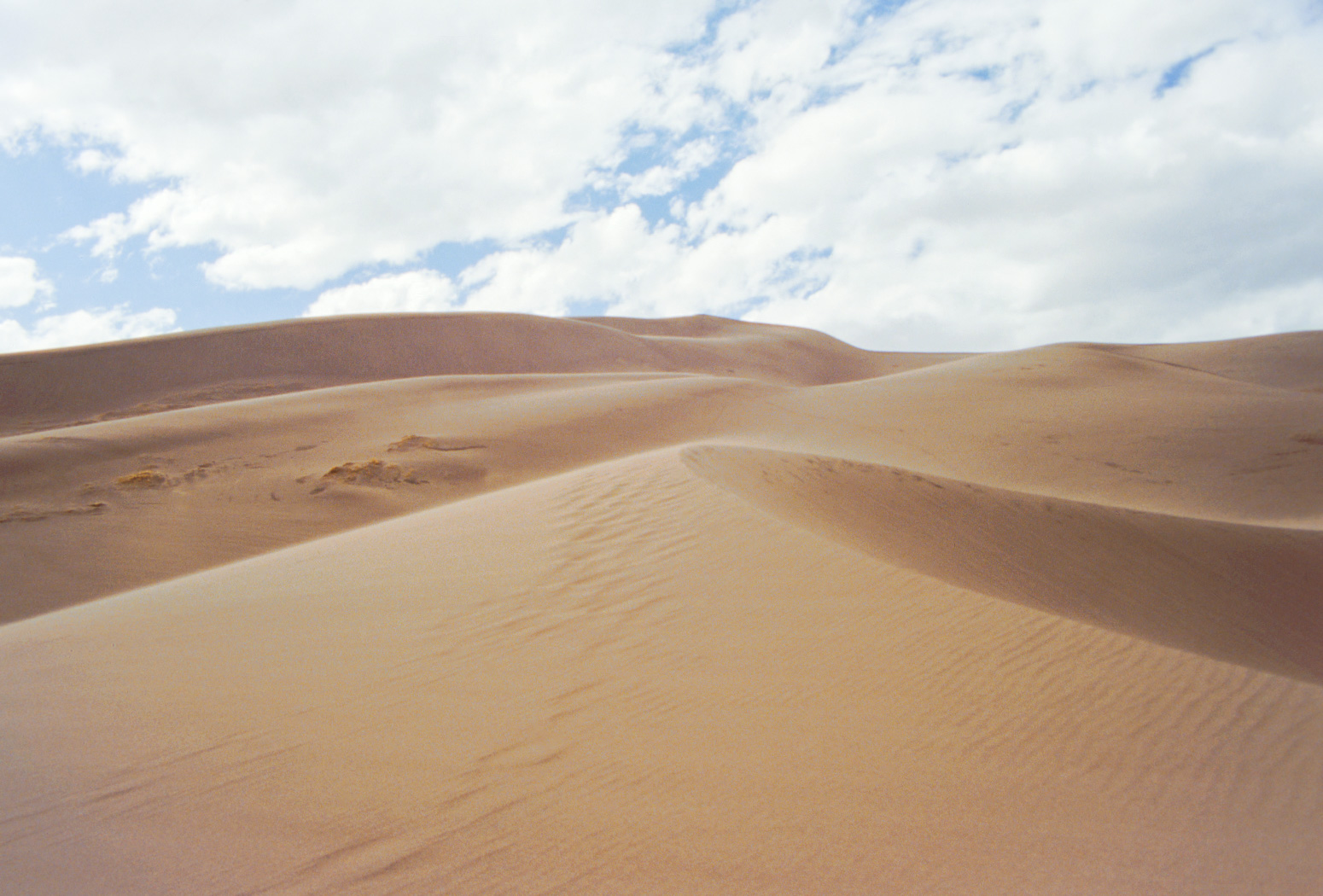 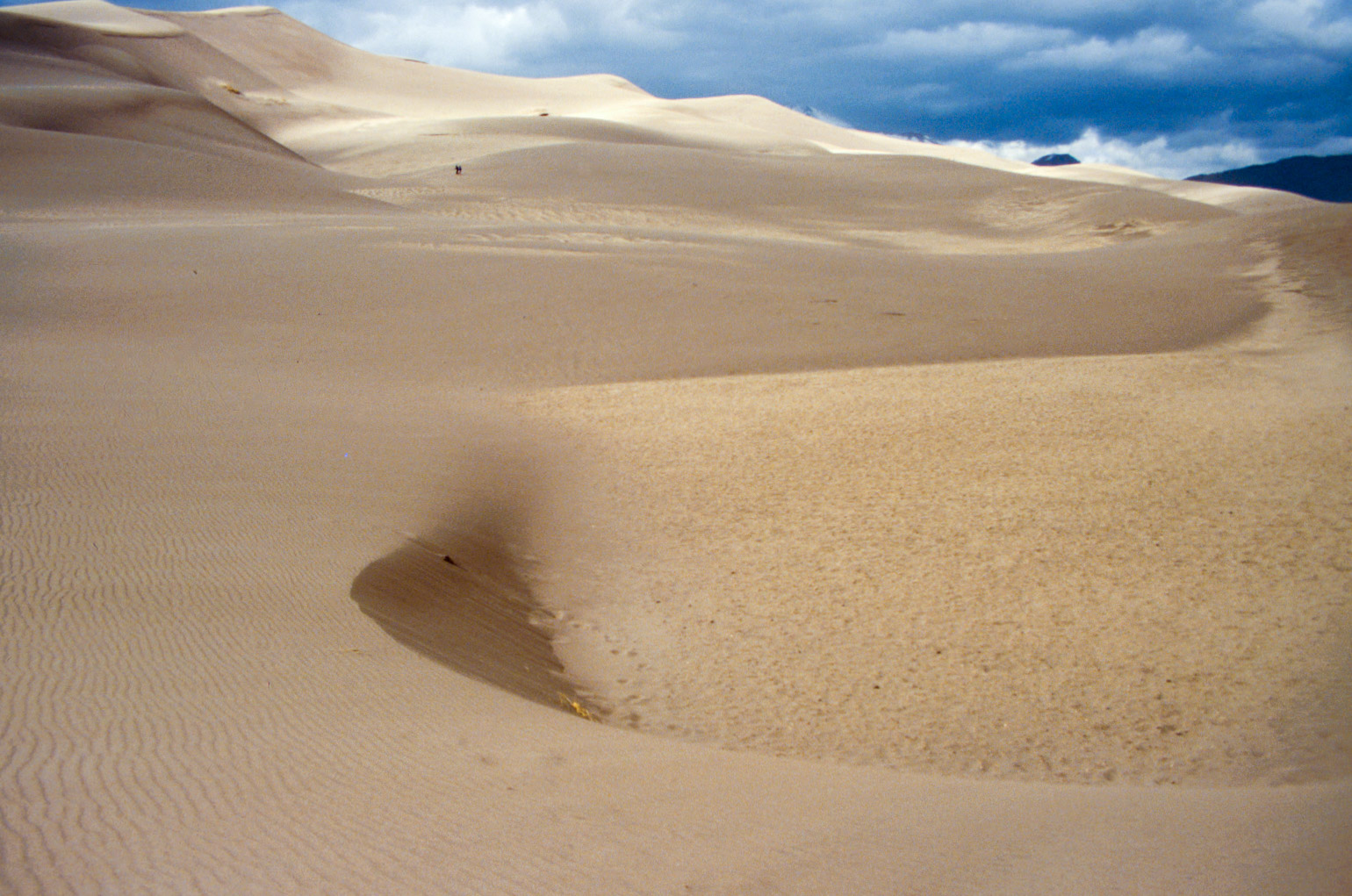 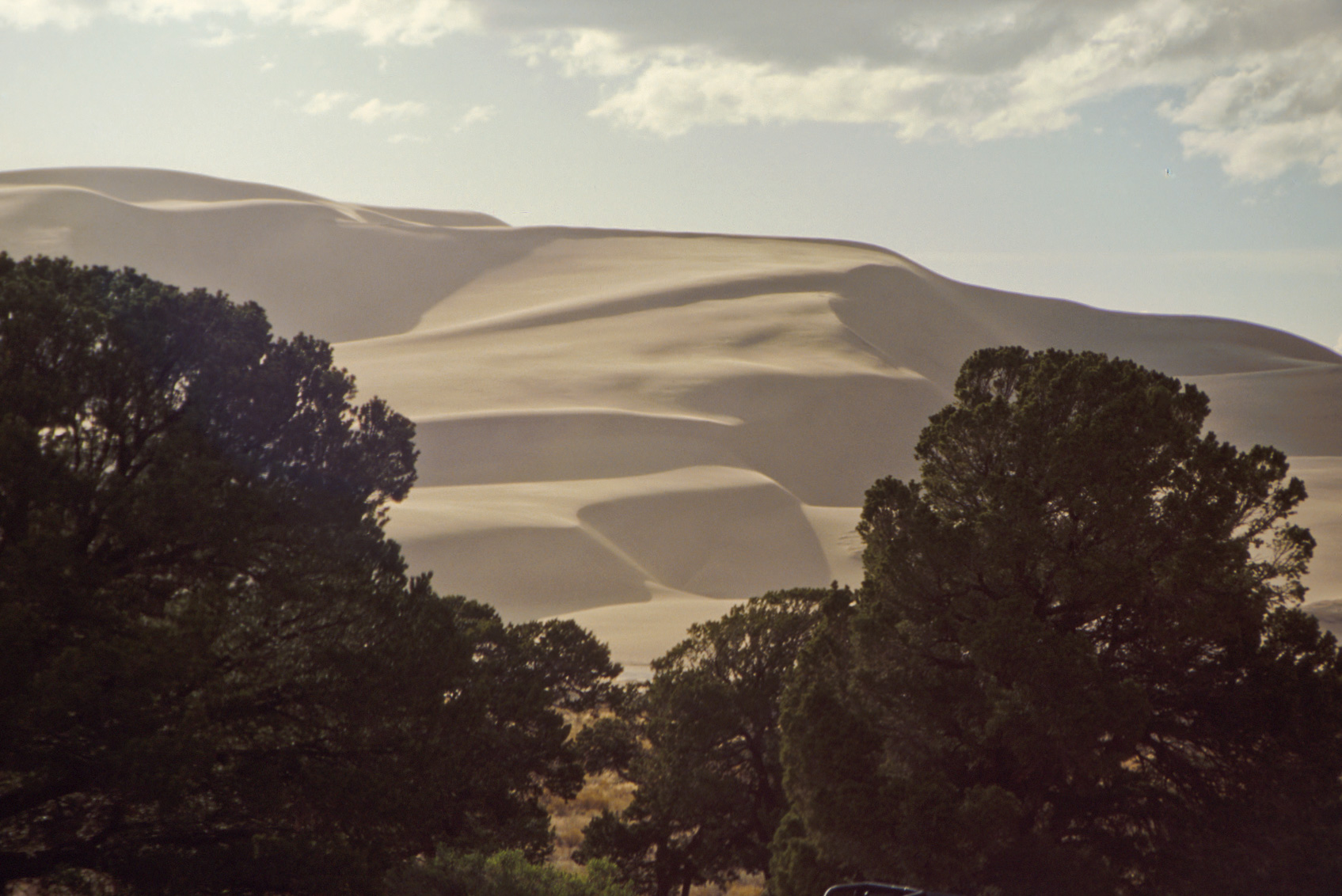 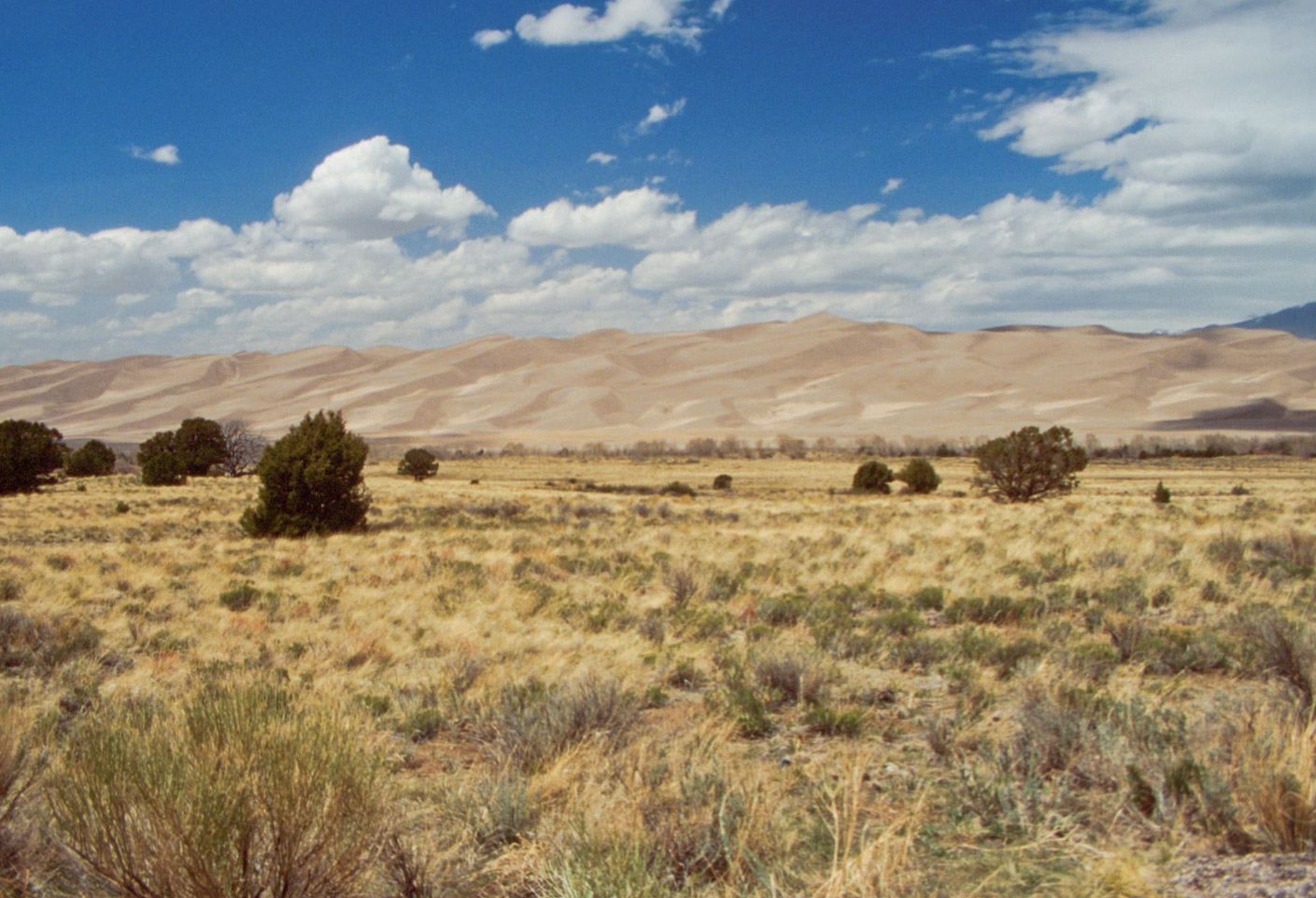 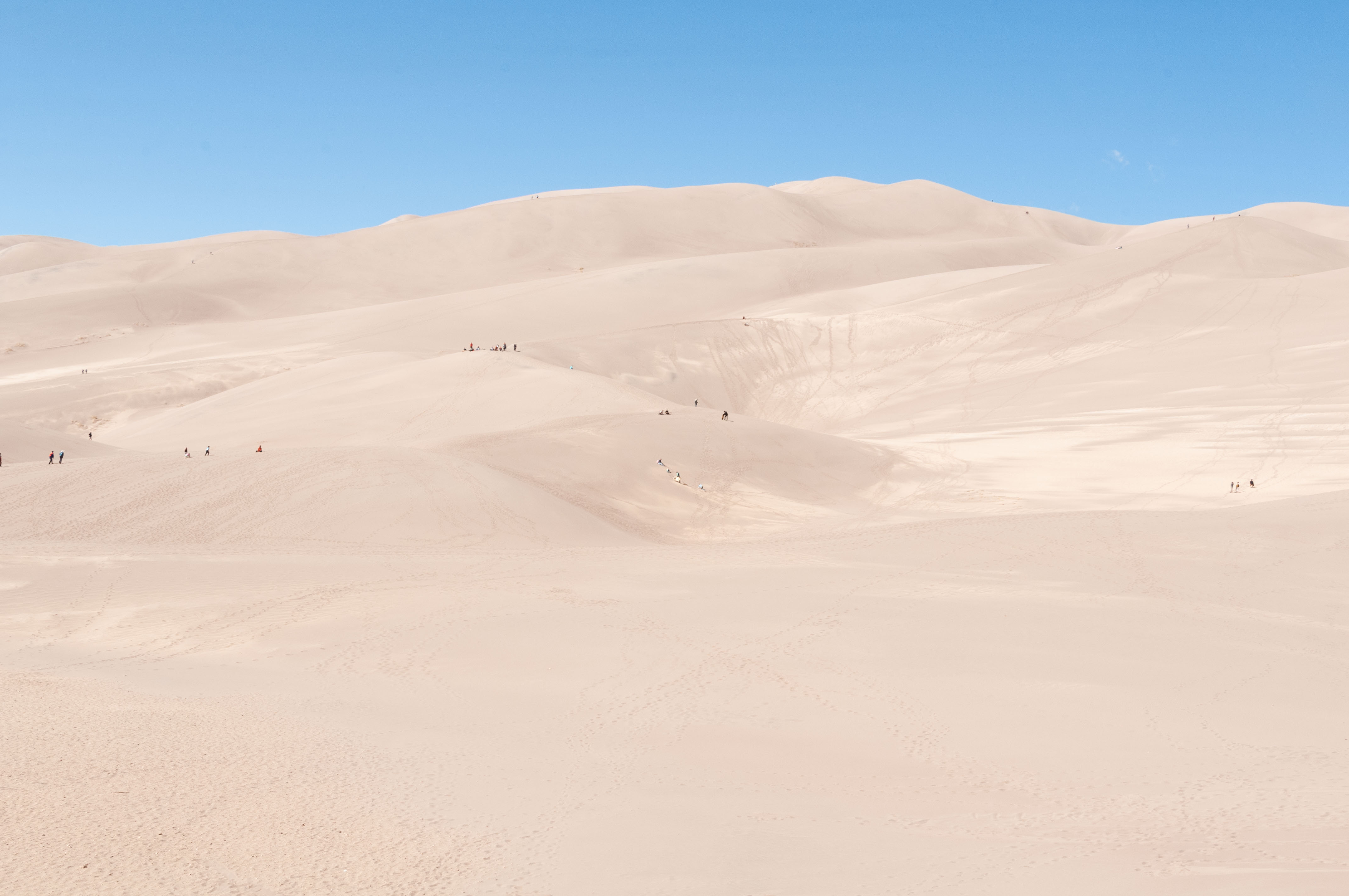 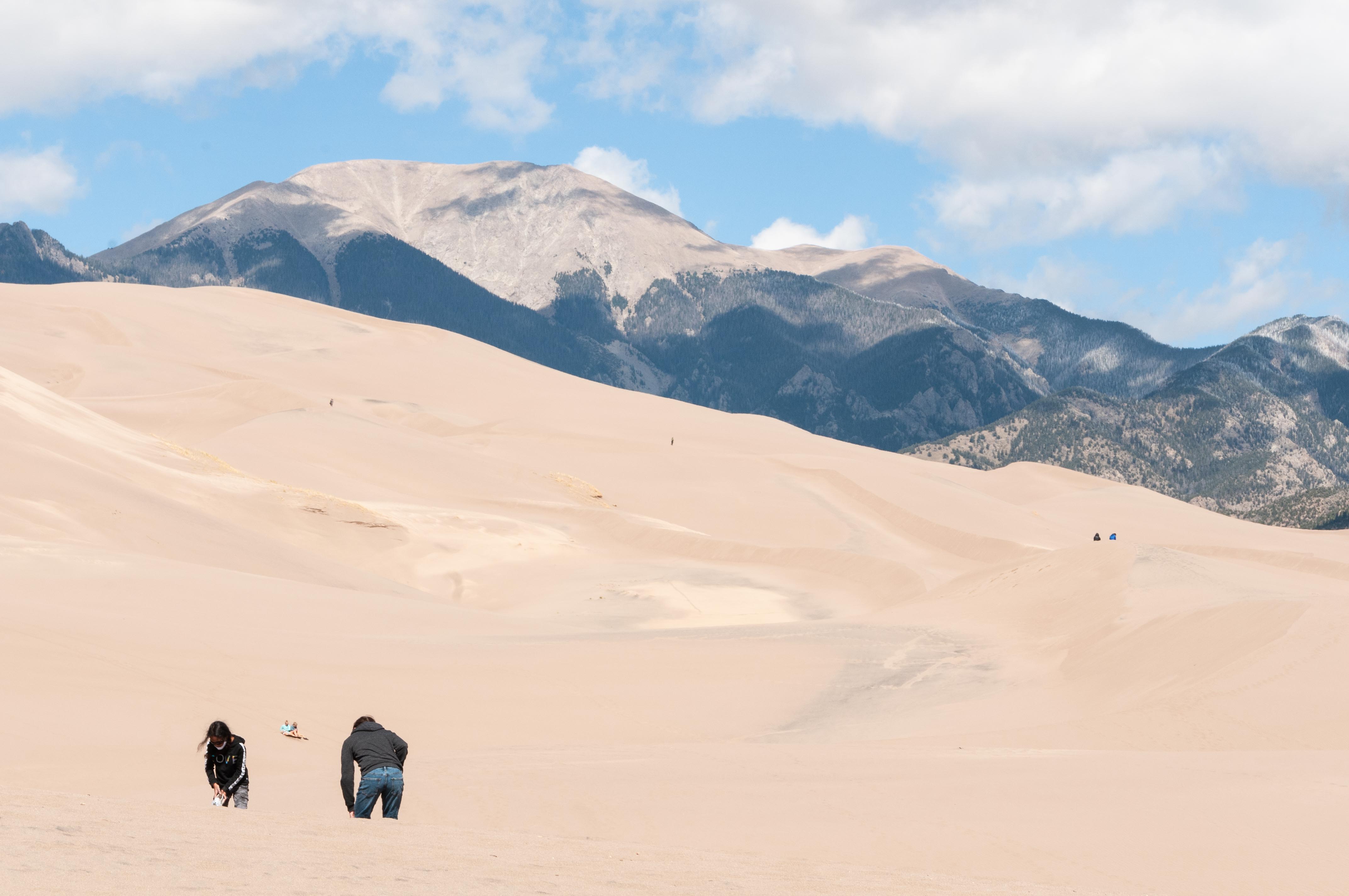 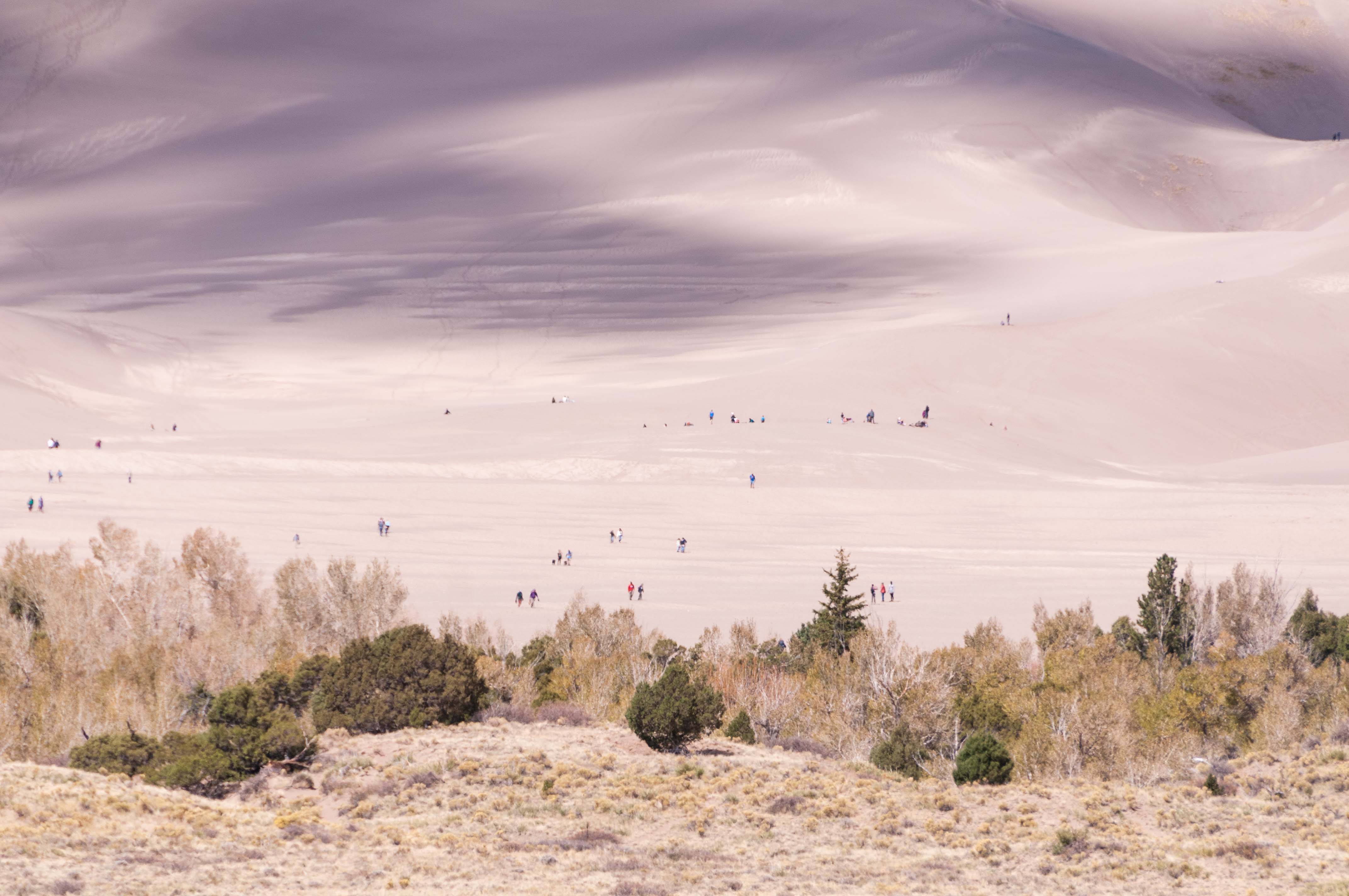 Trekking on the dunes

The Sangre de Christo Mountains offer a nice counterpoint to the dunes. Four wheelers can drive the Medano Pass Primitive Road. The distance to Medano Pass from the Horse Trailer Parking Lot is 11 miles, and there are 21 designated campsites along the road. There are day hikes or overnights to 3 alpine lakes, Upper and Lower Sand Creek Lakes and Medano Lake. Round trip to either of the Sand Creek Lakes is 8 miles, to Medano Lake 7.4 miles. You can fish any of the lakes with license. 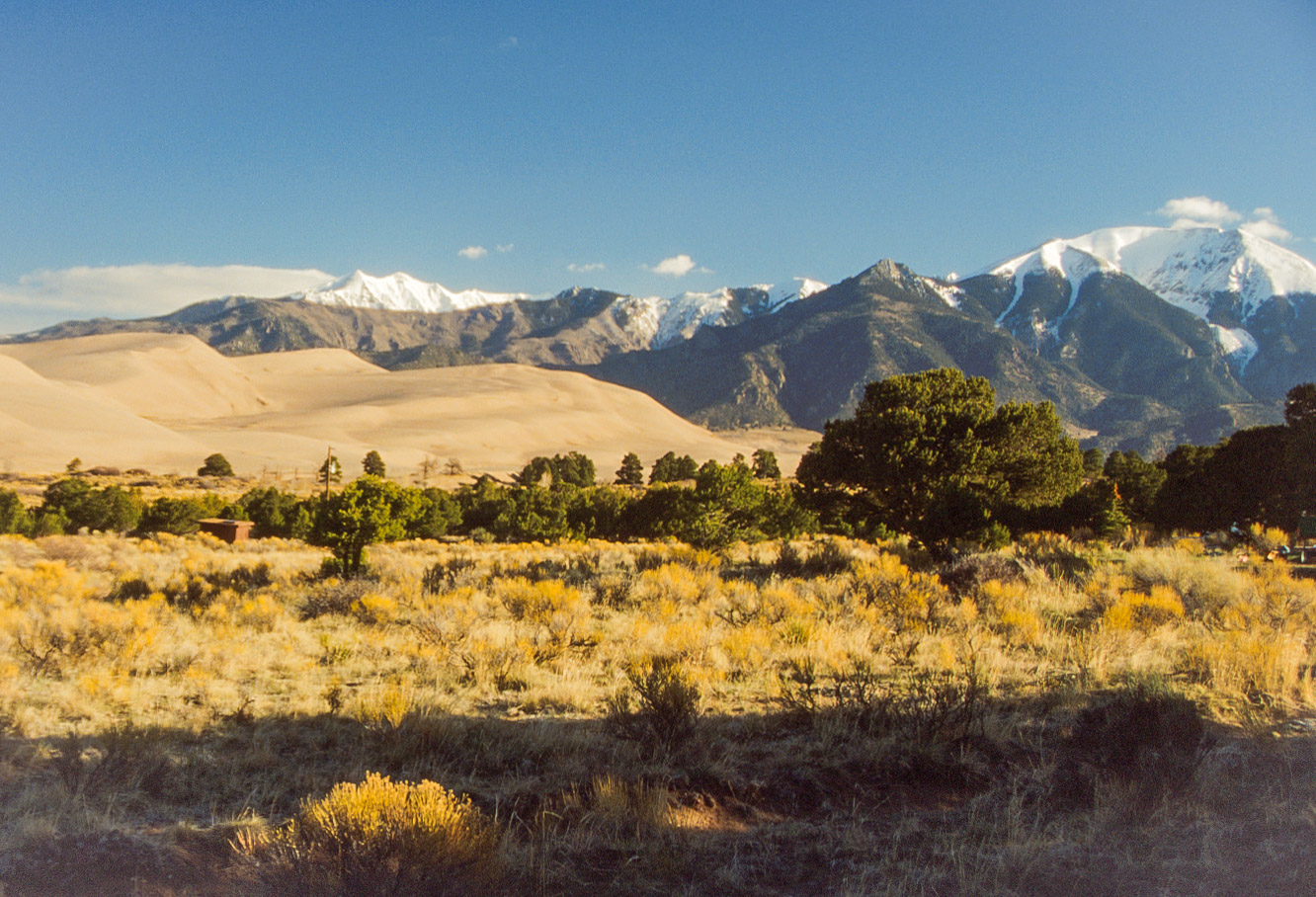 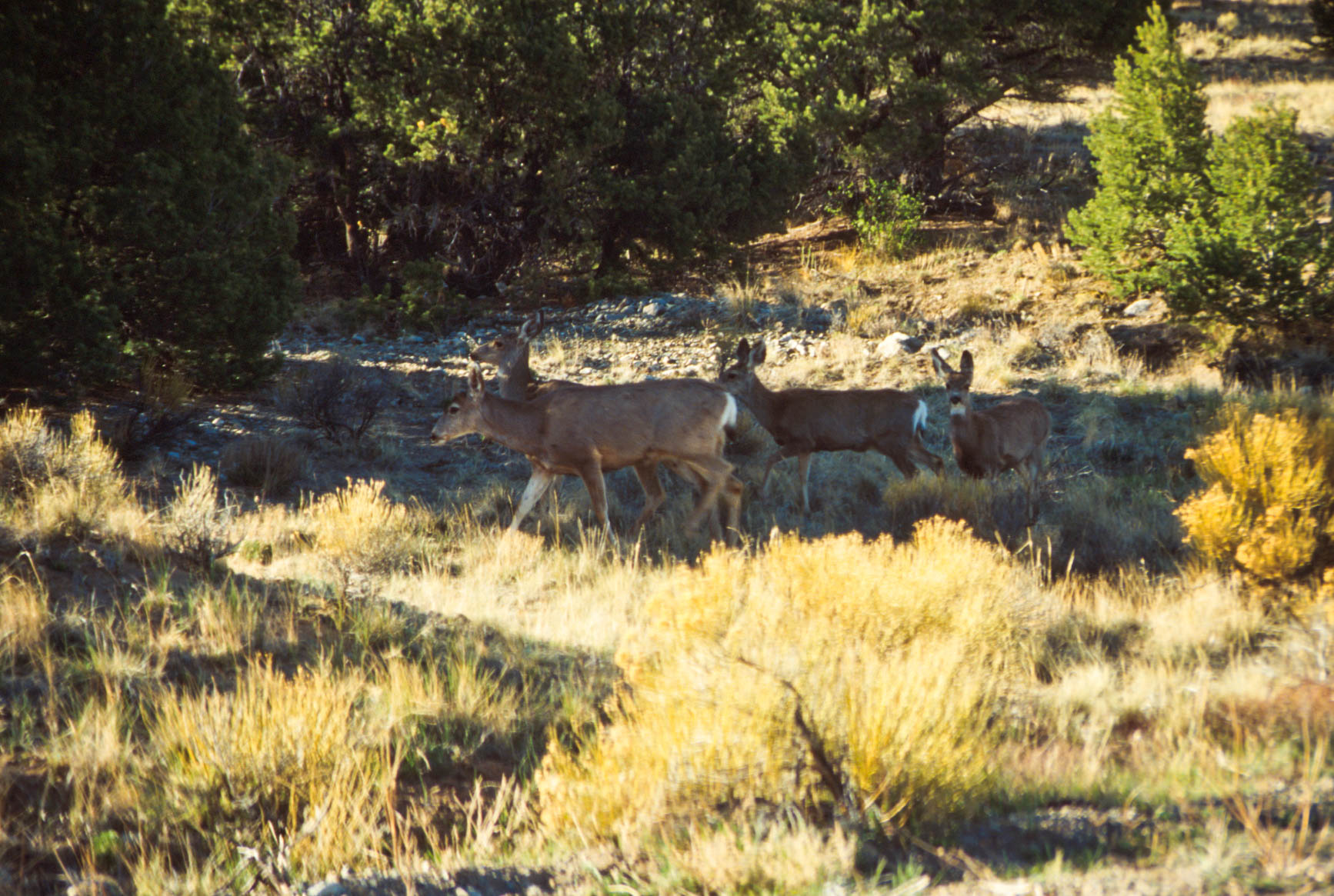 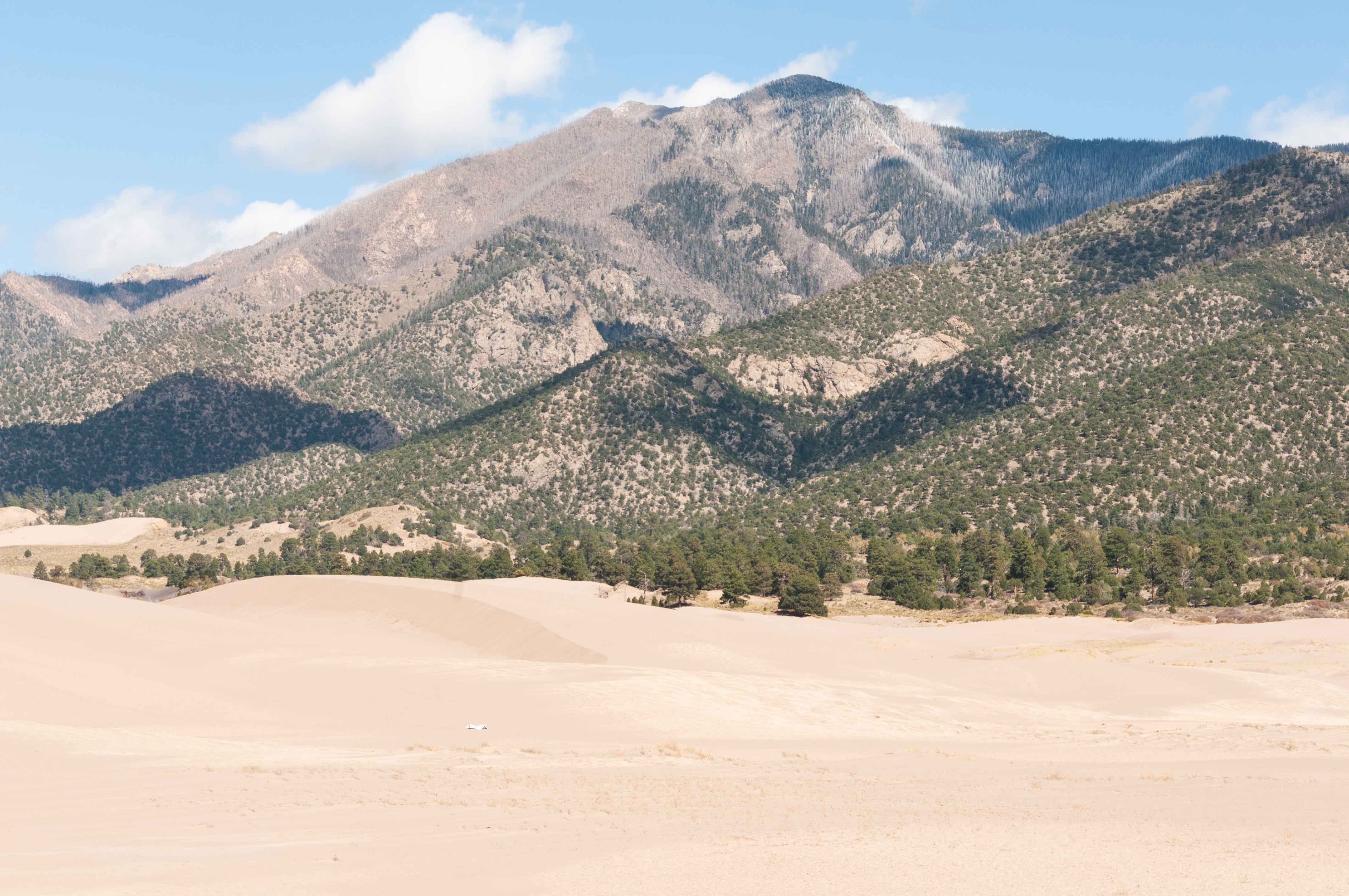 Sangre de Christos above the dunes

A very popular activity at Great Sand Dunes is sandboarding or sandsledding. Me? I'd rather spread a blanket and catch some rays. 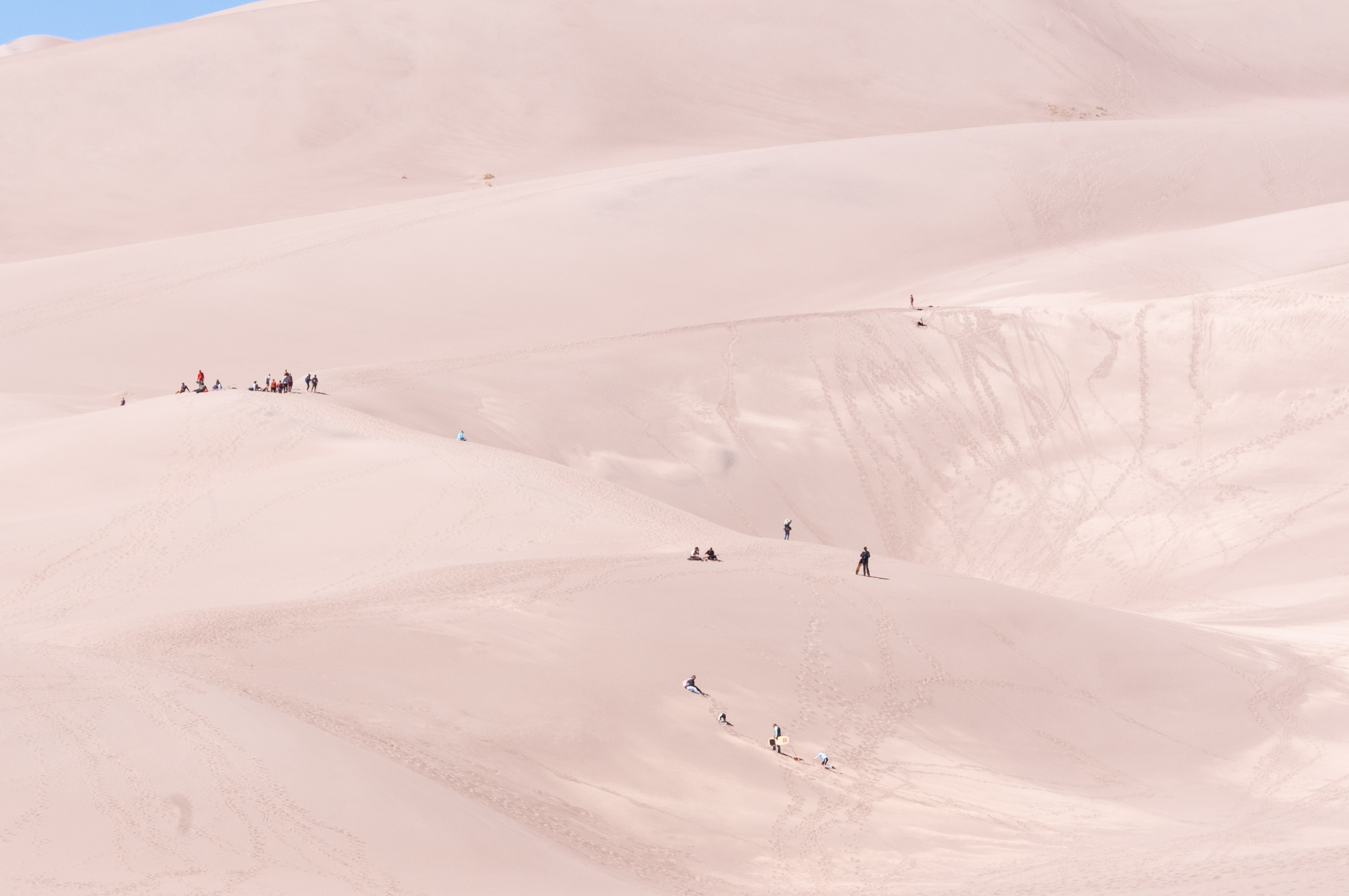 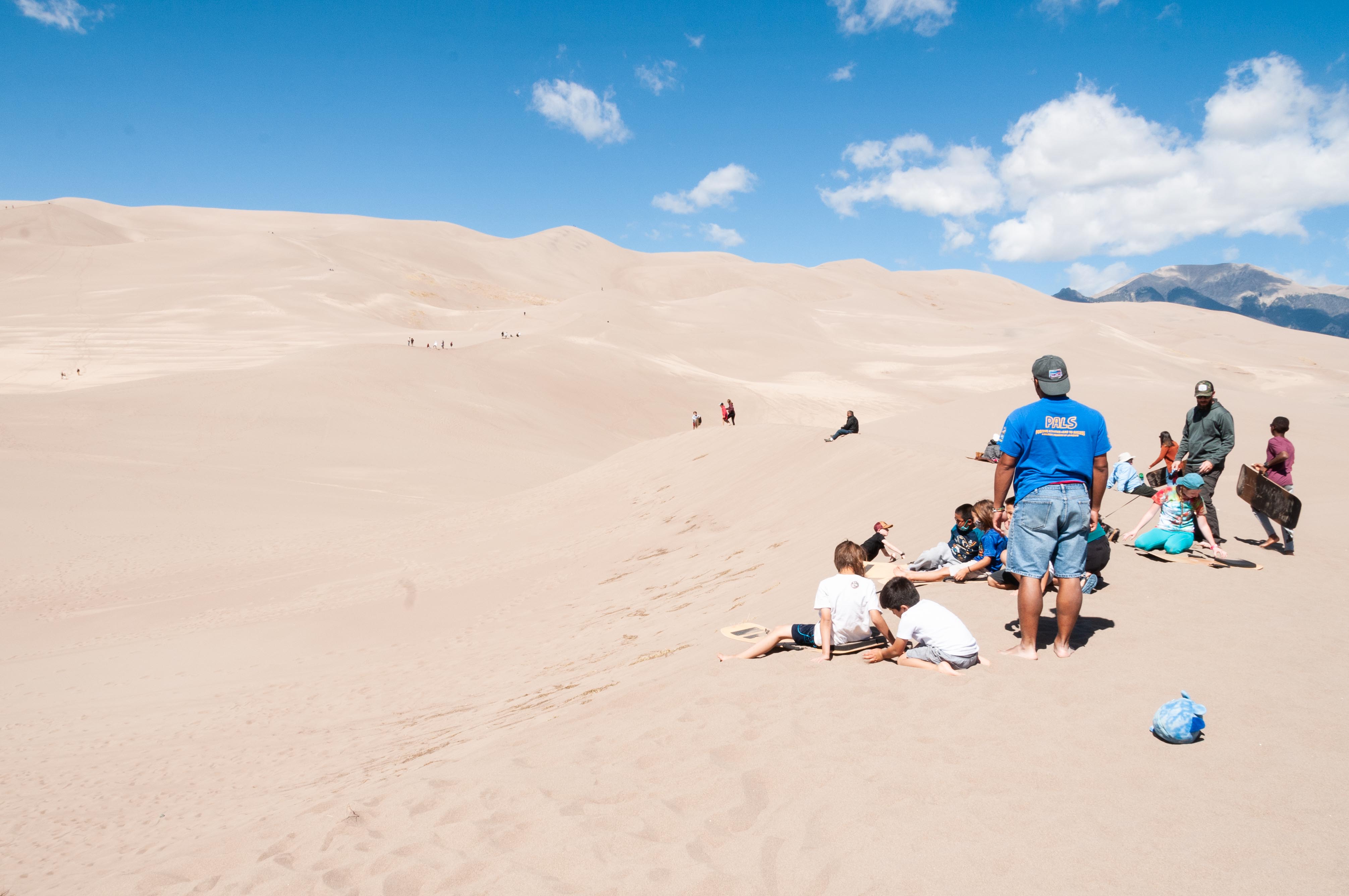 Waiting for the next big dune 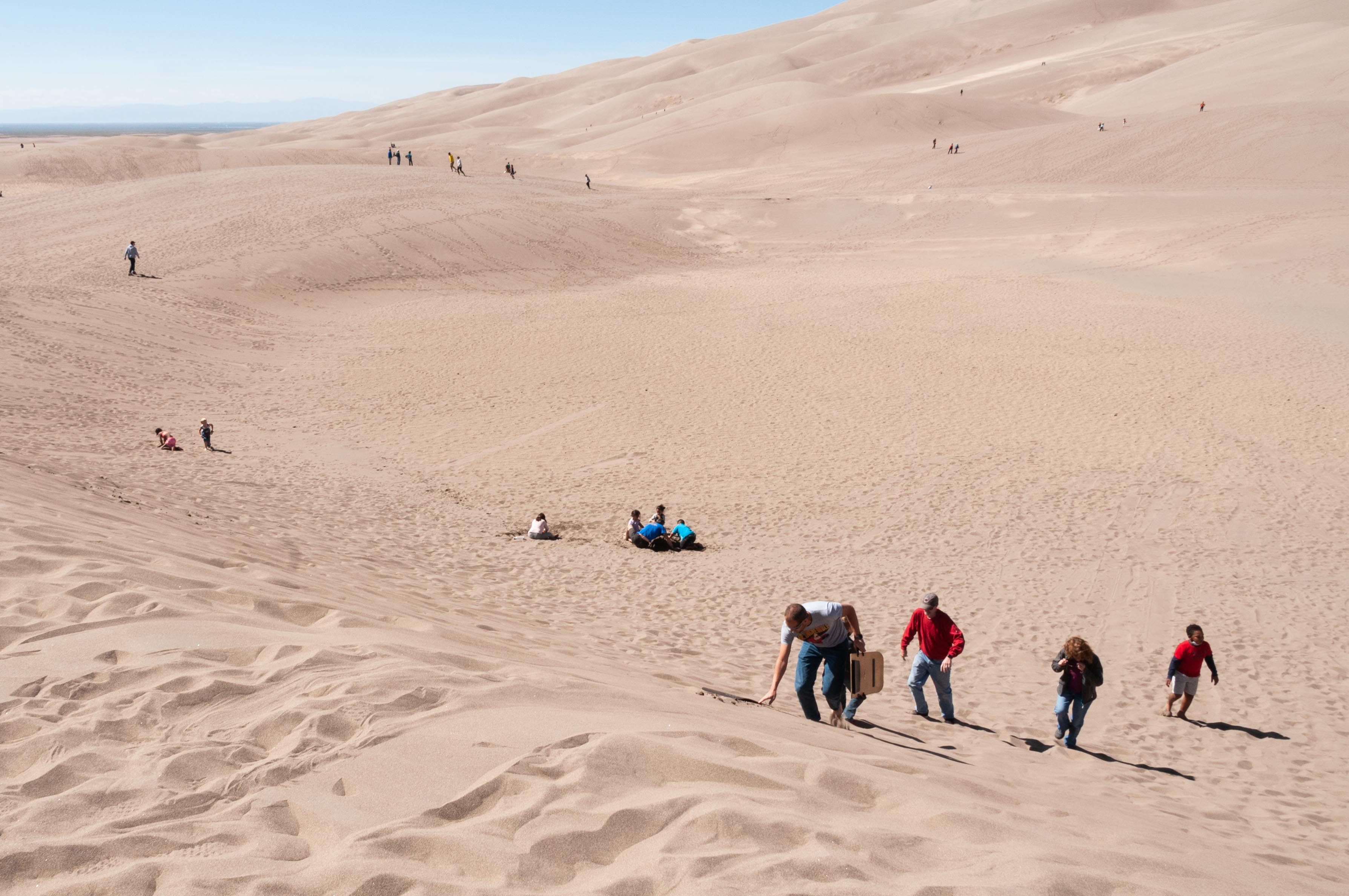 Source material was obtained from the National Park Service and Wikipedia.
Use the form on the Home Page to submit comments, questions, or suggestions.  TD Productions Copyright © 2020